Lebanon holding the first round of municipal elections 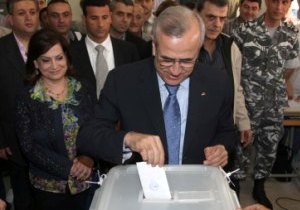 Tens of thousands of Lebanese are heading to their Mount Lebanon hometowns to vote in the first round of municipal elections.

Additional army and police forces have been deployed in Mount Lebanon towns and outside polling stations to ensure security for Sunday’s vote.

The municipal election will be carried out in 4 rounds: May 2 — Mount Lebanon, May 9 — Beirut and Bekaa region, May 23 – South Lebanon and May 30 – North Lebanon

The election is seen as a test for coexistence in a nation where sectarian tensions continue 20 years after the end of a 1975-1990 civil war.

Voting appears to be peaceful as electoral alliances among rival politicians have produced consensual lists in most towns and villages.

Only few areas were bracing for closely fought electoral contests.

Interior Minister Ziad Baroud said 57 of the 313 Mount Lebanon municipalities have been won uncontested. In his remarks to LBC, he expected the rate of participation in the municipal polls to be similar to last year’s parliamentary elections.

After voting in Amchit’s municipal elections on Sunday, President Michel Suleiman denied to reporters that he was interfering in the elections in his hometown.

This comes after Free Patriotic Movement leader MP Michel Aoun called on the president last week to stop the pressure political officials are placing on candidates, without elaborating further.

“The election process is a democratic practice and a rotation of power. The municipalities’ battles are meant for development, but sometimes politics gets into them,” Suleiman said.

The president added that Lebanon decided to hold the municipal elections in May despite the Israeli threats against Lebanon, which were sparked by Israel’s claim that Syria provided Hezbollah with Scud missiles.

Suleiman also said that Israel does not want Lebanon to develop, reform and have elections. We want to prove that democracy is healthy and the Lebanese state can implement democracy in an excellent way, he added. 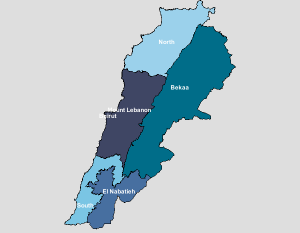