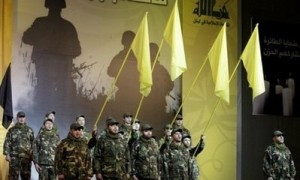 A Hezbollah official on Wednesday slammed comments by the U.S. defense secretary accusing the militant group of having more weapons than most governments in the world, and pledged to continue arming.

Lawmaker Hassan Fadlallah said Hezbollah’s weapons and those of the U.S. and its ally Israel are not to be compared.

His remarks, which were published by the Lebanese daily As-Safir, came in response to statements made by Defense Secretary Robert Gates accusing Syria and Iran of supplying Hezbollah with increasingly sophisticated weaponry.

“We are at a point now where Hezbollah has far more rockets and missiles than most governments in the world,” Gates said Tuesday in Washington after a meeting with the Israeli Defense Minister, Ehud Barak.

Israel has accused Syria of providing Hezbollah with Scud missiles, which have a greater range and can carry a much bigger warhead than the rockets Hezbollah fired at Israel in the past. Syria has denied the allegations, as has Lebanon’s Western-backed prime minister.

“Our choice was and still is to secure all the arms of resistance that we can,” Fadlallah said. “There is a great difference between weapons that only serve invasions, occupations and aggressions, such as those of the United States and its ally Israel … and weapons of an honorable resistance that liberates, protects, and defends.”

The reports prompted the Obama administration to say last week that it has repeatedly warned Syria that transferring ballistic missiles to Hezbollah could spark a new war in the Middle East.

Obama’s homeland security and counterterrorism adviser, John Brennan, expressed concern over reports of weapons smuggling to Hezbollah through Syria, calling the alleged arms transfers a “threat to the stability and security of Lebanon and the region.”

Brennan, who met with Lebanese officials Tuesday as part of a visit to several countries in the region, said the only legitimate weapons in the country are those held by the Lebanese state.