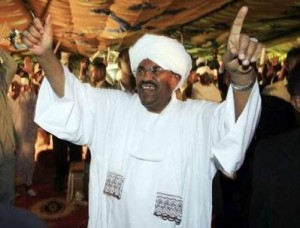 The Executive Director of the Africa Division of Human Rights Watch (HRW) says the re-election of Sudan’s President Omar Hassan al-Bashir has no legal effect on the International Criminal Court’s (ICC) charges against him.

Georgette Gagnon says HRW has documentary evidence that shows the elections were marred by widespread irregularities and gross human rights violations that undermined the credibility of the vote.

“Our view is that the re-election of Bashir has no legal effect at all on the ICC charges pending against him, and he should be facing justice in The Hague. These elections have nothing to do with the ICC warrant and his legitimacy or his innocence or guilt or anything like that,” he said.

According to an official of the Hague-based International Criminal Court, Sudan’s President Bashir intentionally directed attacks against the civilian population of Darfur, murdering, exterminating, raping, torturing, and forcibly transferring large numbers of civilians and pillaging their property.

Last year, a three judge panel from the ICC accused President Bashir of seven counts of war crimes and crimes against humanity stemming from his government’s counterinsurgency campaign in Sudan’s western region of Darfur.

But supporters of President Bashir rejected the indictment, claiming the United States and others were behind the charges against the Sudanese leader.

Some observers say Bashir’s election gives him legitimacy that would enable him to defy the ICC arrest warrant.

But Gagnon maintains that the “flawed “elections will not give President Bashir any legitimacy.

“If one takes any sort of assessment of the elections, you will see that these elections were highly flawed. There were a whole host of technical irregularities. Also, we documented political oppression and human rights violations across the country that undermine the credibility of the vote all over Sudan. So in our view, it is not a good argument to be saying the president’s legitimacy is being increased in a set of flawed elections. It doesn’t make sense,” Gagnon said.

The agreement effectively ended decades of civil war between the north and the south. VOA