by yalibnan
1540
Iran's political turmoil has prompted a growing number of its officials to defect or leak information to the West, creating a flow of intelligence about its secretive nuclear program, US officials said.
Share: 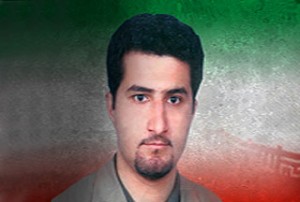 By Joby Warrick and Greg Miller

Iran’s political turmoil has prompted a growing number of the country’s officials to defect or leak information to the West, creating a new flow of intelligence about its secretive nuclear program, U.S. officials said.

The gains have complicated work on a long-awaited assessment of Iran’s nuclear activities, a report that will represent the combined judgment of more than a dozen U.S. spy agencies. The National Intelligence Estimate was due last fall but has been delayed at least twice amid efforts to incorporate information from sources who are still being vetted.

Director of National Intelligence Dennis C. Blair said in a brief interview last week that the delay in the completion of the NIE “has to do with the information coming in and the pace of developments.”

Some of the most significant new material has come from informants, including scientists and others with access to Iran’s military programs, who are motivated by antipathy toward the government and its suppression of the opposition movement after a disputed presidential election in June, according to current and former officials in the United States and Europe who spoke on the condition of anonymity to discuss the intelligence gains.

“There is a wealth of information-sharing going on, and it reflects enormous discontent among Iranian technocrats,” said a former U.S. government official who until recently was privy to classified reports about intelligence-gathering inside Iran. He said that among senior technocrats in the nuclear program and other fields, “the morale is very low.”

In recent weeks, U.S. officials have acknowledged that an Iranian nuclear scientist defected to the West in June. Shahram Amiri, 32, vanished while on a religious pilgrimage in Saudi Arabia and has provided spy agencies with details about sensitive programs, including a long-hidden uranium-enrichment plant near the city of Qom, intelligence officials and Europe-based diplomats said.

Amiri is described by some as the most significant Iranian defector since Brig. Gen. Ali Reza Asgari, a former deputy defense minister and Revolutionary Guard Corps commander who switched sides during a 2007 trip to Turkey.

But sources said there has been a spate of other recent defections by diplomatic and military officials, some of which have not been made public. Among the defectors was a top diplomat at the Iranian mission in Oslo, who said he was pressured to falsify election returns for Iranian nationals who had cast votes at the embassy.

The revisions to the NIE underscore the pressure on the U.S. intelligence community to produce an accurate assessment of Iran’s nuclear ambitions as President Obama pursues a policy aimed at preventing the country from acquiring an atomic bomb. The community’s 2007 assessment presented the startling conclusion that Iran had halted its work on developing a nuclear warhead, provoking enduring criticism that the report had underestimated the Iranian threat.

Officials briefed on the new version, which is technically being called a “memo to holders” of the first, say it will take a harder tone. One official who has seen a draft said that the study asserts that Iran is making steady progress toward nuclear weapons capability but that it stops short of concluding that the Islamic republic’s top leaders have decided to build and test a nuclear device. Iran says its nuclear program is entirely peaceful.

The Iranian diplomat who defected, Mohammed Reza Heydari, said in a telephone interview from Norway that he represents thousands of young, educated Iranians who are increasingly discouraged by developments in their country.

“I personally had a good situation, both in Iran and as a diplomat, but my conscience would no longer allow me to work for the regime,” Heydari said. “I was upset that the regime was repressing and killing people, simply for asking the question ‘Where is my vote?’ ”

The departures of Amiri and others have given new momentum to a “brain drain” program set up by the CIA in recent years as part of a broader effort to slow Iran’s nuclear progress by sabotaging equipment being shipped into the country and enticing key scientists to defect.

Art Keller, a retired CIA officer, said the agency’s goal in recruiting agents is almost always to “run them in place.” But in Iran — where the government uncovered a network of CIA informants and executed its members more than a decade ago — recruiting spies is regarded as extremely dangerous. “Particularly when it comes to clandestine weapons programs,” Keller said, “where the scientists are watched like a hawk.”

The CIA declined to discuss the brain-drain program or characterize the information provided by defectors such as Amiri. It also declined to comment on an ABC News report that Amiri has been resettled in the United States.

But Iranian news reports have identified Amiri as a researcher for the Atomic Energy Organization of Iran. The National Council of Resistance in Iran (NCRI), an opposition group that publicly revealed the existence of a secret uranium-enrichment program in 2003, said Amiri had been associated with sensitive nuclear programs for at least a decade. Iran contends that Amiri was kidnapped.

Some observers say the Tehran government has been unnerved by the defections and point to the death of an Iranian physics professor more than three months ago as a sign that it has begun a crackdown designed to frighten would-be spies.

The professor, Masoud Ali Mohammadi, was killed Jan. 12 when a bomb planted on a motorcycle exploded as he passed nearby. Iranian officials accused Israeli and Western intelligence operatives in the killing, but news accounts indicated that Mohammadi had been sympathetic to the opposition movement and had attended anti-government demonstrations. The day before his death, Iranian intelligence agents had searched his home and confiscated documents and notes, according to a report by the NCRI.

In public testimony over the past three years, senior U.S. intelligence officials have avoided contradicting the language used in the 2007 NIE, despite privately asserting that Iran is seeking a nuclear weapon. An unclassified U.S. military report submitted to Congress this month concluded: “Iran is developing technological capabilities applicable to nuclear weapons and, at a minimum, is keeping open the option to develop nuclear weapons.”

The 2007 report stressed that Iran was still taking other steps that could help it acquire nuclear arms, but any nuance was lost in the fierce debate that followed. Like the new version, the 2007 estimate was revised repeatedly as its release date neared.

Indeed, it was essentially scrapped and rewritten after the United States obtained secret computer records that described a decision by Iranian leaders to cancel work on a warhead around the time U.S.-led forces invaded Iraq in 2003.

Critics blamed the document — a version of which was released to the public — for creating the impression that the Iranian threat had subsided and for derailing the George W. Bush administration’s hard-line approach.

The report’s authors subsequently acknowledged that it was poorly written for a public audience and, as a result, was widely misunderstood.

A U.S. official briefed on the progress of the new NIE said analysts are under pressure to avoid their predecessors’ mistakes. The document is now scheduled to be delivered by August, the official said, adding that “there is an expectation that the previous one will be corrected.”

U.S. officials said there will be a major difference in how the new estimate is presented. The previous document triggered headlines that Iran had backed away from its pursuit of the bomb largely because officials decided to release a version to the public. The officials said they now see that decision as a mistake and have no plans this time to make portions of the estimate public. Washington Post