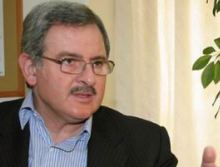 Lebanon’s Minister of State Jean Ogassapian told Voice of Lebanon on Sunday said that amending any agreements signed between Lebanon and Syria would require the consent of both countries.

Ogassapian headed a Lebanese delegation to Damascus last week and met with the country’s prime minister, Naji al-Otari and other key Syrian officials.

The minister said he discussed with Otari Lebanon’s suggested modifications to the bilateral agreements, and also received feedback from the Syrian prime minister on how to enhance relations between the two countries.

Ogassapian said he is in ongoing communication with the chairman of the State Planning Commission in Syria Amer Housni Lutfi, who he expects to hear back from regarding Damascus’ response to Lebanon’s suggested modifications.

There has been a tangible change in Syria’s policies toward Lebanon, the minister said, adding that he will ensure the sovereignty and independence of both countries is respected in the process of these negotiations.

Ogassapian said Syria has not yet formed a commission to tackle the issue of border demarcation with Lebanon.

He said that the Lebanese commission on the issue, which he heads, has three duties:

– Analyze the ways, and come up with suggestions on how to demarcate the borders.

– Develop the towns located along the Lebanese-Syrian borders.

– Study the five entry/exit points along the Lebanese-Syrian borders.

Ogassapian added that “the demarcation is not related to Syrian territories, but only is a regulatory procedure to ensure development.”

When prompted with the question, the minister said he did not deliver an invitation to Otari from Prime Minister Saad Hariri to visit Lebanon. Now Lebanon