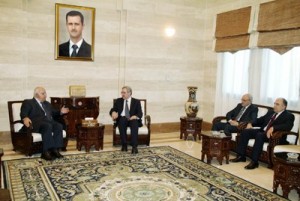 “There are many agreements between the two countries that fall in Lebanon’s favor,” Ogassapian, who heads the Lebanese delegation, said after the meeting, adding that he hopes “the discussions with the Syrians may benefit both countries because there is a need to develop these agreements.”

A meeting also gathered Ogassapian and the head of the State Planning Commission in Syria, Amer Hosni Lutfi. 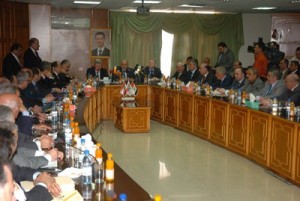 The meeting was also attended by the head of the Higher Lebanese-Syrian Council, Nasri Khoury, as well as representatives of concerned ministers from both countries.

Lutfi said that the meeting was a preparatory one aimed at discussing “all areas of collaboration between the two countries” in order to bolster cooperation ahead of Hariri’s upcoming meeting with Otari.

Lutfi added: “Not too long ago, the Syrian side suggested introducing amendments to some agreements in order to develop them.”