by yalibnan
583
The latest lame Arab summit in Sirte which was accompanied by the usual fanfare, pageantry, speeches, bickering and politics reminded us why the Arabs continue to be fragmented and disunited.
Share: 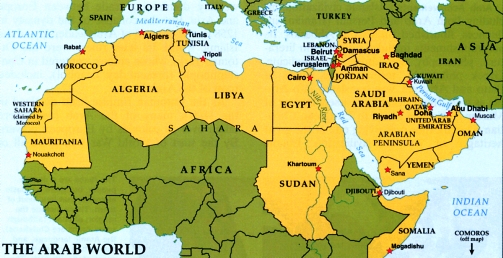 The latest lame Arab summit, appropriately named “The Jerusalem Summit” in Sirte the home town of the leader of the revolution, Colonel Muammar Gaddafi, in the “Great Socialist People’s Libyan Arab Jamahiriya”, which was accompanied by the usual fanfare, pageantry, speeches, bickering and politics reminded us why the Arabs continue to be fragmented and disunited.

Furthermore, it is an occasion to take stock of why we keep falling behind the main regional players, such as Israel, Iran and Turkey. There are 22 states in the Arab League, which celebrated its 65th birthday this year, but not many Arabs bothered to celebrate. This is testimony to the low expectations Arabs have from the organisation.

In this annual ritual, we examine why Arabs keep engaging in self-flagellation, which has become a phen-omenon that deserves to be studied and analysed.

The outgoing chairman of the previous Arab Summit touched a chord when he admitted unequivocally in his opening remarks that Arab action faces a “real crisis”. He asserted that Arabs have two options: either to abandon all action or to pay attention to the real problems “as it is no longer possible to deceive ourselves and our people or to stand helpless before our historic responsibilities”.

The predicament is compounded by the Arabs’ ineffectiveness and limited options beyond their strategic decision to engage in the peace process with Israel. The Arabs had submitted their peace initiative at the Beirut summit in 2002. Eight years later, Israel not only did not consider the initiative, but also made sure that it was destroyed. The Arab side seems to lower its expectations to the point of resuming negotiations between Palestine and Israel, only after Israel freezes its colony expansions in occupied Jerusalem.

The Arab side even failed to capitalise on the row between the US and Israel, which should have been exploited to push the US to name who is the obstructionist. The US would have had to state clearly which party was endangering American interests and troops in the region. But once again, the Arab side could not seize that opportunity, which the other side always employs in its own interest — at the expense of the Arabs.

The nightmare scenarios discussed in the local and international press about the possibility of yet another war or even wars in our region this summer is chilling. What is even more depressing is the absence of any Arab influence over these wars. All scenarios of the three probable wars, as Ronen Bergman opined in the Wall Street Journal, involve Israel and Iran as the main players who will determine peace or war in the region, while the region’s main inhabitants the Arabs have no influence over any of these events. Bergman postulates three scenarios which could lead to war. First: Hamas attacks Israel to break the impasse. Second: Hezbollah in Lebanon avenges their military commander Imad Mughniyeh’s assassination by Israeli Mossad in Damascus in February 2008. Third: Syria supplies Hezbollah with “equilibrium-breaking” weapons long-range missiles and anti-aircraft and anti-naval missiles (systems that in the hands of Hezbollah would threaten Israel’s ability to operate with impunity in Lebanon’s airspace and along its coastline). Bergman concludes: “What these scenarios have in common is the centrality of Iran.” He argues: “Only the US has the ability to take decisive steps to prevent a general conflagration in the region.”

Bergman did not add to his scenarios the possibility of an American-Israeli military strike against Iran’s nuclear facilities to disrupt Tehran’s nuclear programme. Where are the Arabs? It is the Americans, the Israelis, the Iranians and lately even the Turks who are standing up to be counted. All are upstaging us Arabs in our region.

It was ironic to see in attendance at the Arab Summit the Turkish Prime Minister, Recep Tayyip Erdogan, who upstaged many Arab leaders in his unwavering attack against Israel, because of its intransigence, especially on occupied Jerusalem, “the apple of the eyes of all Muslims”. Erdogan called Israel’s claims that occupied Jerusalem is its “undivided, eternal capital” and building colonies there as “crazy”. He even went as far as to accuse Israel of being the main source of instability in the region.

The summit shocker was from the Arab League Secretary-General Amr Mousa, who called to set up the Arab neighbourliness association that will comprise the Arab League member states along with Iran and Turkey. What raised eyebrows was Mousa’s call for kick-starting an Arab dialogue with Iran. Although he voiced an understanding of the concerns felt by some parties towards Iran, this should not deter us from holding a dialogue with Tehran.

This is great, but before any dialogue with either Iran (which was not embraced warmly by the majority of the countries, especially the larger ones), or with Turkey, which was received more warmly, Arabs have to formulate a united front. They should come up with a project which could be effective and feasible to act as model and an alternative to the Israeli, the Iranian and the Turkish plans and designs which are encroaching and trespassing into Arab turf. Is that possible, or is it just a wild dream?