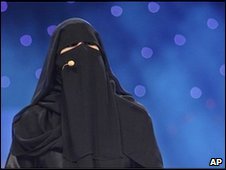 A mother of four from Saudi Arabia who recently shot to fame by using her poems to criticize religious extremism has failed to win the Arab world’s biggest poetry competition. However, analysts say Hissa Hilal’s participation in this year’s Million’s Poet contest will continue to have an impact on the art form, which is increasingly being used to highlight social problems and inequalities.

Hilal has been, without question, the biggest story of the televised tournament’s fourth season.

In the weeks leading up to Wednesday evening’s final she wrote and recited poetry condemning the strict laws in her country that separate men and women and also spoke out against Islamic clerics who issue hard-line religious decrees.

Her work was applauded by many who labeled her “brave,” but it was also met with resentment from conservative members of Saudi society, some of whom issued death threats against her. Despite the dangers, Hilal refused to back out of the tournament, saying she had a message to get across.

“I’m trying to say maybe poetry can do what other things couldn’t do – to make people more close and to feel all over the world that we have to share and care and that to have a nice human relationship is the most important thing,” Hilal said.

Hilal was the first woman to ever reach the final of the competition, which features five contestants. She eventually finished in third place, but says she hopes her experience will inspire others.

“I was famous for about 20 years and I was always a very strong poet, but when I came here the people saw it. It was direct from my heart to them,” Hilal said. “Maybe this is a new stage of Arabic life, especially for Arab women. Maybe it says something to the world.”

The Million’s Poet competition was launched in 2006 and was designed to promote the native poetry of the Arabian Peninsula, known an Nabati.

The show, which has been compared to the American Idol talent competition series in the United States, gets its name from the $1.3 million prize awarded to the winner.

This year, contestants came from 12 countries including the UAE, Saudi Arabia, Bahrain, Kuwait and Jordan. One of the show’s three judges, Sultan al-Amini, says it has been the most successful season to date.

“All the people: small people, young, women, men… you’ll find all levels watch this program and they know even the smallest things in this program,” Amimi said. “They follow it and ask about it.”

This year’s runner up, Falah al-Mowraqi from Kuwait, says the popularity of Million’s Poet can be attributed to the fact that people in the Gulf region consider poetry a vital part of their culture.

“Poetry is very, very important in Kuwait or the Emirates or Saudi Arabia. In the Middle East it’s very important,” Mowraqi said.

The Abu Dhabi Authority for Culture and Heritage organizes and sponsors Million’s Poet. Authority spokesman Eman Turki says tradition is shifting. And, she says the poems of Hilal and Mowraqi, who touched on terrorism, prove this.

“You can see that the trend in poetry is changing. It’s not anymore about praising officials or sheikhs or the pride of the country or belonging,” Turki said. “Poets now are more interested in people’s lives, in daily life issues, in social change, even in political life.”