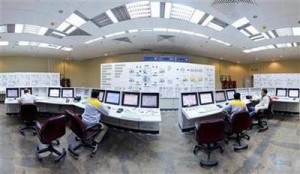 Ambassadors of the five permanent Security Council members plus Germany met in New York Thursday for the first round of negotiations on possible new sanctions against Iran for its suspect nuclear program.

The ambassadors met behind closed doors for nearly three hours at the British mission to the United Nations.

“I don’t think any of us wants to impose sanctions, what we want to have is a diplomatic solution,” said Churkin. “And all sorts of constructive proposals have been made to Iran. So if, as you mention, Iran wants to negotiate, they should start negotiating.”

Among the six, China, which has close trade ties with Iran, has been the most reluctant to impose new sanctions. Those steps could include targeted measures against members of Iran’s powerful Revolutionary Guards, as well as against Iran’s insurance and shipping sectors. Instead, China has pushed for more diplomacy with Iran.

But U.S. Secretary of State Hillary Clinton said recently that sanctions and diplomacy are not mutually exclusive, and that sanctions can be an effective part of diplomatic negotiations.

“We had a worthwhile discussion, the P5+1, on the Iran nuclear issue,” said Rice. “We look forward to continuing these discussions here in New York and in capitals in the days and weeks to come.”

Earlier she said negotiations “are intensifying” now that they have moved to New York. She would not put a timetable on when a new sanctions resolution might come before the full Security Council for a vote, saying only that the group is working to get it done “swiftly.” President Barack Obama said recently that he hopes to see a sanctions resolution “within weeks.”

The P5+1 hope to hammer out a draft text of a sanctions resolution – this would be the fourth such resolution against Iran – that they agree on and then present it to the other 10 members of the Security Council. For it to be adopted, it would need nine votes of the 15 and no vetoes from the permanent members.

World powers believe Iran is secretly trying to develop nuclear weapons, a charge it denies. But Tehran has failed to allay concerns. It has not accepted confidence-building measures and other proposals from the international community and has not abided by Security Council resolutions demanding it cease enriching uranium.

He said the group planned to meet again next week. Details of the discussions were not immediately available, but diplomats familiar with talks said the delegations were far from agreement on a fourth round of U.N. sanctions on Iran.

Li made clear China was committed to the group’s two-track approach on Iran’s nuclear program — offers of economic and political incentives if Tehran suspends its nuclear enrichment program, and threats of sanctions if it refuses. He reiterated that Beijing is more interested in pursuing the first track.

“The dual-track approach is actually focused on diplomacy,” he said.

Churkin chided Iran for ignoring the various offers that the six had made to Tehran in an attempt to resolve the long-running standoff over a nuclear program the Islamic Republic says is peaceful but the United States and its allies suspect is aimed at producing weapons.

“If Iran wants to negotiate, they should start negotiating,” Churkin said, adding that the “aim of these negotiations is to bring Iran back to the negotiating table.”

Iran, a major oil and gas exporter, says its nuclear ambitions are limited to generating electricity and refuses to suspend its enrichment program. The Security Council has passed five resolutions ordering it stop enriching uranium.

A U.S. draft sanctions proposal agreed upon with the three European allies and passed on to Russia and China a month ago is the basis for discussions, U.N. diplomats say.

It targets the Islamic Revolutionary Guard Corps and shipping and other firms but not Iran’s oil and gas sectors.

The issue may come up on the sidelines of Obama’s April 12-13 summit on nuclear security in Washington, which Chinese President Hu Jintao, Russian President Dmitry Medvedev and dozens of other leaders plan to attend.