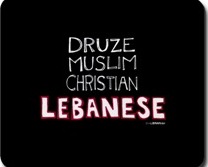 Lebanon, home to a myriad of religious communities that once fought a long and bloody civil war, is working towards encouraging inter-faith dialogue to send a message of tolerance for other Middle Eastern countries which are often torn by extremism.

Muslim Shiite cleric Sayyed Hani Fahs, a founding member of the Arab Working Group on Muslim-Christian Dialogue, notes that “Lebanon is the result of dialogue.”

Scholars in Beirut see Lebanon as the only country in the Middle East in which the Christians, although a minority today, have retained political representation and participate actively in the country’s decision-making process.

In 2008, Lebanese President Michel Suleiman went to New York to attend a two-day interfaith conference to encourage dialogue and to reject the use of religion as a tool for terrorism and violence.

The idea was enhanced last week when Muslims and Christian managed to celebrate for the first time a joint Christian-Muslim holiday which was seen by many as a first step to encourage the inter-faith dialogue in the Middle East region.

Families from the country’s 18 different confessions prayed together at a church mass on March 25 for the Virgin Mary, which is revered by both Christians and Muslims.

The mass came after the Lebanese government had declared the date to be the first national holiday for both Christians Muslims. The decision was confirmed during a recent meeting between Pope Benedict XVI and Lebanese Prime Minister Saad Hariri at the Apostolic Palace in the Vatican

Sheikh Mohammed Nokkari, secretary-general of the Dar al-Fatwa highest Sunni Muslim authority in Lebanon and one of the main promoters of the inter-faith dialogue, hoped there will be other messages like the Lebanon message which can be spread to other parts of the world.

He recalled that late Pope John Paul II, during his historic 1997 visit to the country, had described Lebanon as a country bearing “a message of pluralism for the East and the West.”

But Lebanon, although a haven of religious diversity and tolerance in the Middle East, still has a long way before becoming a real hub for inter-faith dialogue, as the country still suffers from occasional bouts of sectarian violence.

Many people believe that the core of the problem remains the country’s confessional political system itself.

Lebanon is governed by a “National Pact” that stipulates that official positions be distributed along confessional lines.

The president is a Maronite Christian, the prime minister a Sunni Muslim and the speaker of parliament a Shiite Muslim. Even other public offices – including the government, the parliament, the army and the intelligence and security services – are distributed proportionally among the different sects.

The system maintains divisions and favors clientelism that often leads to heightened tensions and encourages the intervention of foreign powers in the country’s internal affairs.