Arabian Gulf: 2 words that can get you fired in Iran

Here are two words that will cost you your job in Iran: “Arabian Gulf.”

Iranians take seriously their claim that the body of water separating them from the Arabian Peninsula should be called the Persian Gulf, and not the Arabian Gulf, as people in the Arab world call it.

A Greek flight attendant for the Iranian-owned Kish Air learned this lesson the hard way.

He was fired, according to Iranian media, after he allegedly traded words with passengers who complained against the use of the phrase “Arabian Gulf” on a plane’s in-flight monitors.

Iranian officials have reprimanded the airline and deported the flight attendant. LAT. 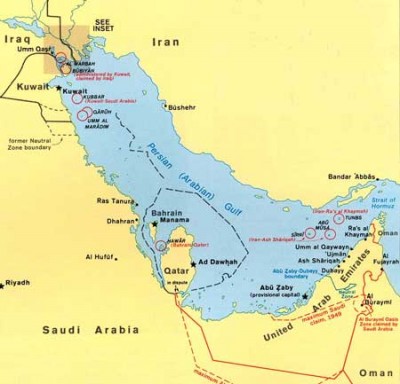