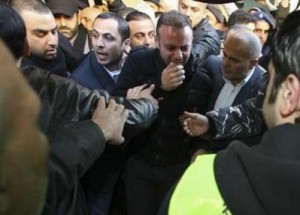 The families of the victims of the Ethiopian Airlines Flight ET409 crash issued a statement following their meeting at Rafik Hariri state hospital in which they said:

“With all our respect to those who worked in the rescue operations, what we have heard about the plane is not convincing.”

The statement added: “We are not accusing anyone. There could have been a technical malfunction but officials should take into consideration the families’ feelings.”

The remains of five Ethiopians victims that were killed in the airliner crash were handed over to an Ethiopian delegation to be returned to their home country according to the National News Agency.