by yalibnan
456
What we see in general with regards to the Ethiopian Airlines aircraft that crashed in Lebanon is confusion and inconsistencies
Share: 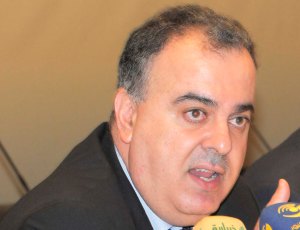 Regardless of the political pressures in Lebanon, the statement made by Lebanese Minister for Health Dr. Mohammed Jawad Khalifeh during a press conference on Tuesday against the backdrop of the search for the bodies of the Ethiopian airplane [crash] victims, is unacceptable and in fact reprehensible.

Anyone who read yesterday’s newspapers would have found the statement made by the minister to be reasonable and logical after this was edited, however anybody who saw or heard Dr. Khalifeh on television would have been astounded [by his statements]. The doctor spoke about the victims of the Ethiopian airplane crash as if he were talking about the parts of a lamb butchered at a slaughterhouse, especially when he gave details about bodies missing their heads, the decomposition of the victim’s bodies, and his talk about “body parts” in a disgusting and repulsive manner. One can only respond to such talk by saying that may God help the families of the victims who are suffering every day as a result of the way that the issue of this ill-fated aircraft is being dealt with by the politicians and the media.

It is not reasonable or acceptable that the Lebanese Health Minister announce in the media the discovery of body parts or the remains of one of the victims, and announcing the name of this victim on television before informing the victim’s family. Don’t the families of the victims deserve some respect and consideration? How will the victim’s family deal with hearing details about the remains of a son or a father whilst watching a press conference?

Unfortunately Lebanese politicians and the media have become fixated on the words of the Lebanese Health Minister when he said that the aircraft had exploded, and they are more concerned with this than the Minister’s detailed statements about the remains of the victims. This resulted in the minister being forced to issue a clarification regarding what he meant by the term “explosion” while at the same time many did not pay any attention to the repulsive manner in which he spoke about the victims.

Death is always in God’s hands, whether this takes place on land or at sea or in the air, and Lebanon is not the first country – not will it be the last – to experience an air disaster committed by a perpetrator, if it is confirmed that the disaster that struck the Ethiopian aircraft was caused by an act of sabotage. For how many prominent and well-known people have been killed in Lebanon, and in broad daylight? However what is not acceptable is for one to become emotional when dealing with humanitarian disasters, under any pretext, and the statements made by the Lebanese Health Minister represent new proof of the absence of a culture of crisis and disaster management in the Arab world.

For whatever has been said or is being said in our Arab world on the readiness of our countries to manage disasters, this is untrue, and what we see with every crisis in our Arab world is clear disorder and confusion that reflects the absence of a culture of disaster management, either politically or in the media, and above all else, the ability to deal with victims and their families in a humane manner, for many Arab countries are more concerned with withholding information!

Therefore what we see in general with regards to the Ethiopian aircraft that crashed in Lebanon is confusion, and this is the confusion and inconsistencies in the statements [issued], not to mention the emotionalism. This is a source of wonder because Lebanon is a country that has experienced many disasters and wars, the likes of which we pray to God are never repeated, and so is there something that some people want to hide with regards to the Ethiopian airplane crash?