During a state dinner held in honor of visiting Spanish King Juan Carlos I on Monday, President Michel Suleiman reiterated to King Carlos Lebanon’s commitment to the implementation of United Nations Security Council Resolution 1701 as well as Lebanon’s full support for UNIFIL.

According to Suleiman, Israel is violating Resolution 1701 and stressed that Lebanon and UNIFIL are facing dangerous Israeli threats.

Suleiman said that the international community should make efforts to pressure Israel to implement Resolution 1701.

He said Lebanon is grateful for the participation of the Spanish contingent in UNIFIL following the 2006 July War, he added. 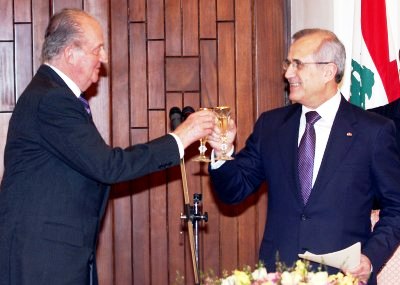