Mikhail Sergeyevich Gorbachev the last head of state of the USSR, serving from 1988 until its collapse in 1991 is in Lebanon today to meet with key officials.

After his meeting with Suleiman, Gorbachev praised the steps taken to stabilize Lebanon which he described as a “complicated country.”

Gorbachev is expected to hold a press conference Tuesday at Mzar Hotel to “discuss the situation in the world .” 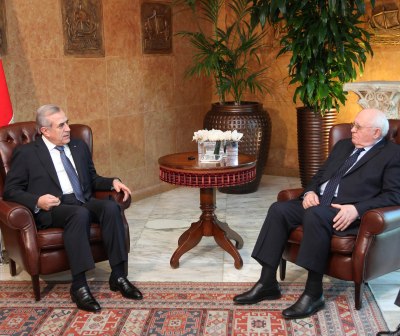