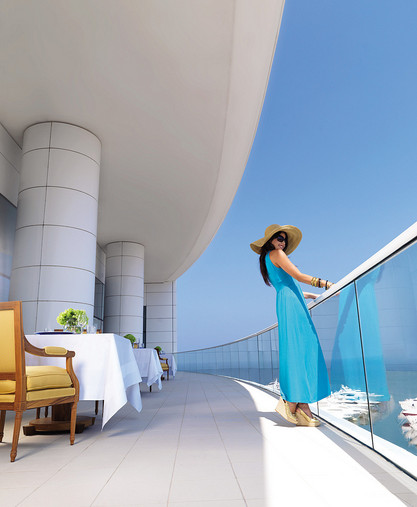 The front of the hotel has been brightly lit and the interiors of the hotels were inspired by Lebanese culture. The hotel features Lebanese artwork, carved screens and gilded calligraphy. A few minutes’ walk away from the hotel is downtown Beirut, with art galleries, boutiques, antique shops, cafés and restaurants.

The 230 room hotel, in which KHI has a controlling 38 per cent stake, opened its doors on Sunday and was expected to cost US$146 million (Dh536.25m). The Saudi billionaire Prince Alwaleed bin Talal bin Abdulaziz al Saud founded KHI and is its majority shareholder. Hotel Designs