Hundreds of Israelis have rallied in central Tel Aviv to protest against the Israeli blockade on the Gaza Strip.

Israeli Arab and Jewish activists marched on Saturday in the city’s Rabin square, chanting slogans and waving signs calling for “Freedom and Justice in Gaza”.

The Gaza Strip has been under an Israeli blockade since 2007 when Hamas seized power in the territory. Al Jazeera 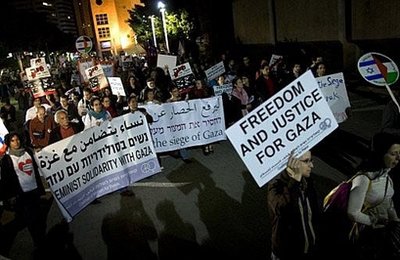