by Ghassan Karam
892
By Ghassan Karam Every so often MP Ra'ad of Hezbollah, leaders in Amal and Sheikh Tawook, the Hezbollah Commander of the South, regale us with the argument that resistance is a natural right that is not negotiable.
Share: 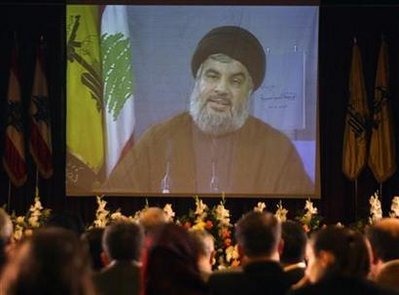 Every so often MP  Ra’ad of Hezbollah, leaders in Amal and Sheikh Tawook, the Hezbollah Commander of the South, regale us with the argument  that  resistance is a natural right that is not  negotiable . The logic behind such declarations is impeccable and the strength of the presentation  rests on solid philosophical foundations that are centuries old. Belief in natural rights is often associated with the writings of John Locke whose ideas found their clearest and most popular presentation in the United States Declaration of Independence as written by Thomas Jefferson.  The part of the Declaration that states: “We hold these truths to be self evident, that all men are created equal, that they are endowed by their creator of certain unalienable rights, that among these are life, liberty and the pursuit of happiness” has become known as the most widely recognized statement in the English language.

Had the spokespersons for the “resistance” confined their discourse to the above then it would have been difficult for anyone to raise major objections to their claims save for an attack on the very nature of whether natural rights exist.  But that is not the case. Hezbollah and its supporters , however, commit a fatal logical flaw by combining the above mentioned natural right to resist with the right to bear arms and form a militia that functions above the law of the land that it professes to support. What the “resistance” becomes , once it advocates such a stand is more similar to a vigilante organization rather than a resistance movement.  A vigilante has the right to life liberty and the pursuit of happiness , just like all other citizens, but when a vigilante individual or organization take the law into their own hands by punishing offenders illegally then they would have forsaken the rule of law and would have become transgressors themselves. Vigilante groups operate according to their own interpretation of the law and their actions become extralegal.  The “Death Squads” of Latin America and “The Minutemen” of the US Southwest are good examples of these groups. Vigilantes confuse their inalienable right to protection with their perceived duty to right a wrong through illegal means.

Members of Hezbollah and all other citizens have the right and even the duty to resist occupation by an aggressor state as well as the right to rebel against rulers who governance  violates the social contract. But what they do not have a right to is be a part of the government and yet flaunt its laws and regulations. They do not have the right to become vigilantes. Hezbollah can argue that the right to resist is a natural right that cannot be taken away but it cannot use that as a basis to form  its own private militia and to establish its semi autonomous fiefdom.

Then there is always the option of rejecting the whole idea of natural rights as Jeremy Bentham did when he called it “nonsense on stilts” and when both Edmund Burke and David Hume rejected totally the notion of natural rights fearing that the concept could be used as a justification to reject or oppose the laws voted on by the community.

Arguably, Hezbollah does take note of the weakness of its current position as a member of the government and yet as the main unauthorized militia in the land. That is why Hezbollah has been working feverishly to reconcile the contradictions by “forcing” the Lebanese government to legalize the resistance and thus to make the need to use logic of natural rights unnecessary. That was the whole logic behind the fight over the Ministerial Statement. It’s only logical to expect Hezbollah to force the Lebanese cabinet to annul unilaterally UNSCR 1559.

The above can be heard at : ramblings11.mypodcast.com