The Israeli military killed six Palestinians on Saturday, three in the West Bank whom it accused of killing a Jewish settler and three in Gaza who it said were crawling along the border wall planning an attack. It was the deadliest day in the conflict in nearly a year.

Salam Fayyad, the Palestinian prime minister, called it “a sad day for Palestinians and their National Authority” and condemned the West Bank operation as an “assassination” and “an attempt to target the state of security and stability that the Palestinian Authority has been able to achieve.” NYT 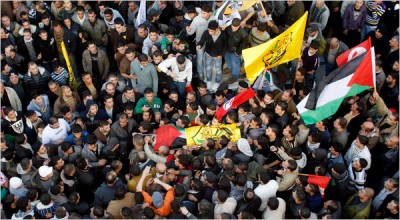