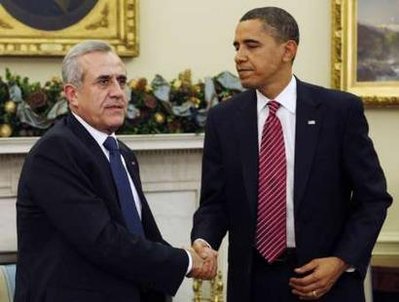 He also said that he asked for US military aid because this “will strengthen Lebanon militarily and will allow it to confront terrorism and to defend itself against its enemies”. He also pressed for economic aid and for political support and to make sure sure no deal is struck at Lebanon’s expense. Suleiman also stressed Lebanon’s opposition to naturalization of the Palestinians living in Lebanon and at the same time he called for the right of return of the Palestinians to their homeland