Lebanese President Michel Suleiman met today with Nancy Pelosi Speaker of the United States House of Representatives , in Washington DC , prior to his scheduled meeting with US president Barack Obama.

Suleiman also met in the morning with a US congressional delegation and United States Secretary of Transportation Ray LaHoud , a Lebanese-American and a former Republican member of the United States House of Representatives

No details were revealed about the meetings 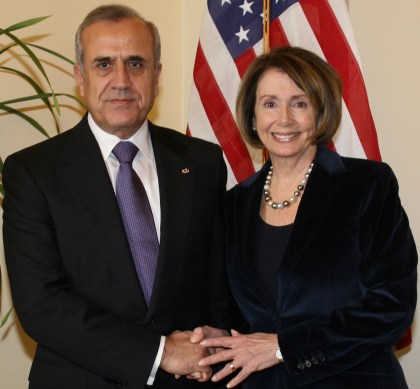