Sfeir: Only the Lebanese army should protect the homeland

Maronite Patriarch Nasrallah Sfeir said Tuesday that he rejects a “resistance army that would one day use its weapons against the enemy and another day domestically.” He added” only the regular Lebanese army should protects the homeland, and the resistance should join the Lebanese army to fight the enemy.”

Sfeir made his remark during a meeting with the Association of Graduates of the Faculty of Information at the Lebanese University, before heading to Baabda Palace for talks with President Michel Suleiman. 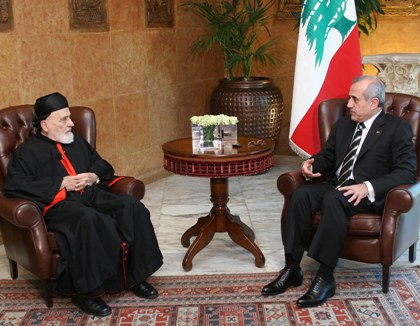