Alice in Wonderland or is it Alice in Lebanon?

by yalibnan
1026
By Ghassan Karam "Things are not what they appear to be" is as close of a description of the political landscape in Lebanon as a phrase can get.
Share: 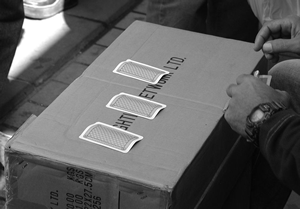 “Things are not what they appear to be” is as close of a description of the political landscape in Lebanon as a phrase can get. Lewis Carroll could not have had Lebanon in mind when he coined that all popular phrase could he? Nuh, but it sure appears as if he was describing in full details the current state of affairs in Lebanon.

It is not our aim today to revisit the well documented record that the Lebanese state has been a sham ever since it was declared. Lebanon has not been able to fulfill the promise of acting as an independent and sovereign state and has never been able to build the required institutions for statehood. Yet the charade goes on.

President Suleiman, the symbolic head of the ruling pyramid declared a few days ago that the birth of the national unity cabinet should serve as a model to what we can do. He couldn’t have been serious could he? A process that should have been accomplished within a week was hardly completed in 150 days and only after all sorts of pressures both external and internal should serve as a model? Yes it is a model of indecision, a model of divisiveness, a model of the inability to lead, a model of subservience.

Sa’ad Hariri the prime minister designate was more sober in his assessment but not much more realistic. He did recognize the great potential for transforming the whole basis on which the Lebanese project rests into what it is not and so he tried to assure the worried public that the process that was just completed will not become a tradition. Many of us hope that the PM is right and that this will be a one time deal but then reality sets in. What is there in the record of either MR. Hariri, the Al Mustaqbal party or March 14 that inspires confidence? Isn’t he the embodiment of the same group that had the majority in both the previous Chamber of Deputies as well as the current one but yet have been unable to either pass or implement a single resolution without the support of Hezbollah in the opposition.

Let me, at this stage; make it crystal clear that I am not bemoaning the previous system, its social inequities, sectarian preferences or its corruption. I am though very concerned when we are about to throw away the baby with the dirty water. The previous system was ineffective, corrupt and unjust not as a result of the hollow democratic institutions that we had but because of the individuals that were permitted to ride rough shod with these institutions. We have a duty to preserve these institutions and replace their hollowness with vibrancy and accountability.

The opposition, led by Hezbollah has had a master plan that they have been implementing a step at a time for almost 5 years. The country is practically ruled by the opposition while the parliamentary majority sits licking its wounds. When would Sa’ad Hariri realize that the Prime Ministerial job that he has agreed to has no powers attached to it. He couldn’t allocate the portfolios or even name the ministers. What is even worse the PM will even be prevented from adopting his vision even in the almost worthless ministerial declaration. The Prime Ministers ‘office has been diminished tremendously under the new arrangement and so has the concept of transparency and democracy. Lewis Carroll would have gotten a great kick out of the ongoing Lebanese tragedy where nothing is what it appears to be. Lebanon has fallen down the rabbit hole and it will be a miracle if anything resembling what went into the whole will be able to eventually come out.