Kouyoumdjian is putting Lebanese TV culture on the map. Interview 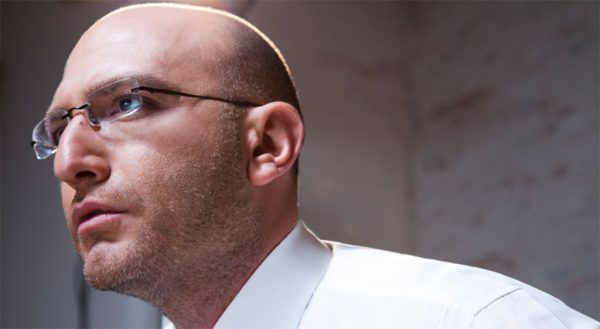 Lebanon has a rich history of television and pop culture — but this has received just a flicker of attention in the West.
That is something Lebanese television personality and author Zaven Kouyoumdjian hopes to put right, with the publication of a 450-page tome on the history of the airwaves in the Levant country.
“Lebanon on Screen — the Greatest Moments Of Lebanese Television And Pop Culture” is an encyclopedic overview of the medium, from the early days of national TV in the 1950s and the “golden age” of Lebanese TV, to Kouyoumdjian’s own love affair with television and more modern shows.
Offering more than a hint of nostalgia for anyone who grew up in Lebanon, the book details the TV companies, news and talk shows, and top series that made the industry great. 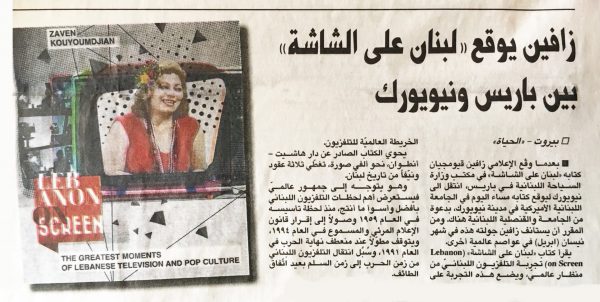 It also lays out with anecdotal charm some key moments — including one very early example of fake news. This came in late 1963, when a news anchorman interrupted the live coverage of a show to announce the death of Bechara El-Khoury, the first post-independence president of Lebanon.
“The shocking news was all the more shocking to the deceased president himself, who, very much alive, had been watching the televised parade from the comfort of his home,” the author notes.
Following a signing of his book at last week’s Arab Media Forum in Dubai — part of an international tour — Kouyoumdjian describes why such stories deserve a bigger audience.
Q. What was your aim behind the publication of the book?

“Lebanon on Screen” is the first book of its kind on Lebanese golden age television and pop-culture. My aim of publishing this book was to take Lebanese television and the pop culture to the world and to make Lebanese television part of the international television scene. After publishing a book on the same subject matter last year in Arabic, I thought to myself that if it is not in English, it will end up as if it didn’t happen … So I thought of translating the book to English to make Lebanese TV and pop culture part of the history of evolution of television in the world — to put it on the map of international TV.
It was so sad for me that anyone in the world interested in the evolution of world TV may know about TV in the US, France, Brazil, China and Israel — because of English references — and not Lebanon and the Arab world.
I had to rewrite the whole book from the start, thinking in English and having an international audience in mind. So I had to add lots of social and historic background as well as lots of additional explanations to make the book accessible for readers unfamiliar to Lebanon and the region.
Lebanese pop culture is understudied, underrated and not taken seriously — though in fact it has shaped the country’s spirit, united its different religious and social communities, and contributed in developing Lebanon’s national identity and what is said to be the “Lebanese dream.” Since TV is one of the major platforms generating pop culture in Lebanon I (wanted) to preserve its history through documenting its greatest moments.
We in Lebanon — and most parts of the Arab world — lack the ability to tell our story through our social evolution and not through politics or ruling families or international events.
The end result was the history of Lebanon — us — through television. Since Lebanese television was very influential in the Arab world in the 1970s and 1980s, the book tells the story of the whole Arab world as well.

Q. The book “showcases Lebanese television’s most famous and infamous moments” — could you give us examples?

There are 160 moments in the book out of thousands of moments that Lebanese television created in 30 years between 1959 and 1990, the years covered in the book. So it is hard to tell. If I was to be forced to tell one, for me one of the most infamous moments maybe was the coverage of the 1982 World Cup, while Israel was invading Lebanon and Beirut was becoming the first Arab capital to be occupied.

Q. How can Lebanese TV, as you write, “tell the world a different story of Lebanon and the Middle East”?
The world knows the Arabs through the stories of civil wars, terrorism and money. There is much far behind that… and this is what the book is all about.

Q. Do you see much Lebanese TV broadcast outside the Arab world? Do you see more opportunity for dubbed shows to air in markets like Europe and the US?

Lebanese television and entertainment had dominated Arab airwaves between 1970-1985 and later between 1995-2005. In the 1980s the civil war halted down productions in Beirut. And with the increase of political tension after 2005 … Lebanese TV lost its role again, although all major Arab shows are still being shot in Beirut. This book is an opportunity also to see the flows and reevaluate what should be done for Lebanese TV to get back on its feet.

Q. What are the key challenges for Lebanon’s TV industry in 2017?