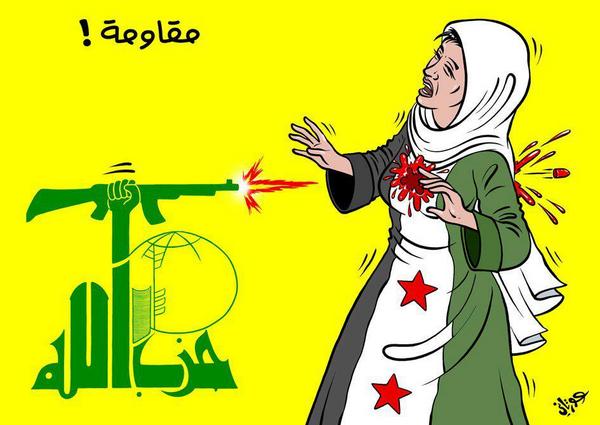 Around 700 Hezbollah fighters were deployed in the Syrian town of Al-Nazariyeh near Al-Qusayr in Homs, Syrian activists reported on Wednesday.

“Hezbollah thinks that this is a battle that determines its fate, because it has now deployed all its [manpower],” the rebel group leader identified as Colonel Hassoun added.

Hassoun also called on the Lebanese government to “put an end to Hezbollah rebellion against the government’s disassociation policy and international law.”

The rebel leader added that his group “will not antagonize any Lebanese sect,” adding that “the [rebels’] military council had issued a statement vowing to attack Hezbollah locations inside Syria.”

“Which means that the Free Syrian Army does not attack any [Hezbollah] location inside Lebanon,” he added.

Hezbollah has been reportedly fighting on the side of the Syrian regime against rebels in the Homs province and outside Damascus, with news outlets in the past week reporting that a number of party members had been killed in fighting in Syria.

On Thursday, a member of the Syrian National Coalition’s general secretariat told CNN that Syrian regime forces backed by Hezbollah fighters have been massing outside the Homs province town of Tal Qadesh.

The Shiite party has acknowledged that its members living in Syrian villages on the border with Lebanon have taken part in battles against “armed groups” in self-defense. However, it refuses to discuss allegations by Syrian rebels that it has sent fighters from Lebanon to bolster the forces of its ally, Syria’s President Bashar al-Assad.

Meanwhile, the Lebanese government agreed to send a memorandum to the Arab League concerning Syrian violations of the Lebanese sovereignty, after two people were killed and at least four others were injured in the northeast of Lebanon on Sunday in rocket attacks purportedly conducted by Syrian rebels.