Israel warns Hezbollah: ‘Our response to any attack will be harsh’ 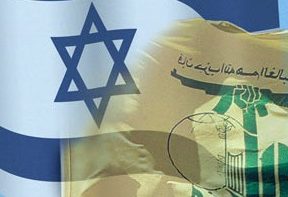 Israel issued warnings to the Lebanese Hezbollah that any attack will be answered with force, officials said on Tuesday according to Israeli media reports

The warnings were delivered using French and American diplomatic and military channels , the reports added

The Iran backed militant group was told that if it will attempt to attack the Karish gas field once again, the response from the IDF will be harsh.

Hezbollah launched UAVs to the Karish rig earlier this month, which were shot down by the Israeli military.

According to the officials, the IDF has not raised its level of alert despite threats made by Hezbollah’s leader Hassan Nasrallah, on Monday.

However, in September, when the gas field will become operational, the military will reinforce the defenses around it.

“All of Israel’s gas fields are under threat from our missiles – not just Karish,” Nasrallah said. “The ships that extract the gas are Israeli, even if under a Greek banner.”

Meanwhile, the American mediator Amos Hochstein who arrived in Lebanon on Sunday sounded optimistic on Monday after meeting the top Lebanese leaders and said he will be coming back to Lebanon to finalize the maritime border deal between Lebanon and Israel .

Israel has been urging the U.S. to complete the negotiations on the maritime borders before the offshore gas is operational in September but demanded that the Lebanese position be accepted by Hezbollah, before any agreement is signed.

Yesterday Lebanon Foreign Minister Abdullah Bou Habib confirmed to the media in Beirut that the border demarcation issue is strictly a Lebanese Government issue and all top leaders are united on this matter.

Hezbollah’s Nasrallah pledged on several occasions to back any decision the government makes on this issue and since its ally Speaker Nabih Berri appears to be backing the deal , there is no reason to believe that Hezbollah will oppose it

According to analysts neither Hezbollah nor Israel want a war over this matter . stressing that what we hear from both parties is strictly hogwash that is meant for the media only

Sami Azraq an analyst told Ya Libnan” Many Lebanese people are hopeful that Lebanon and Israel will not sign a deal , They prefer to keep all the oil and gas under the sea for future generations since they don’t trust their Lebanese leaders , who are being blamed for robbing and starving the people and destroying the country “.

He said : ” Every oil and gas producing nation has a national company that is responsible for the resource except Lebanon , which has all its resources registered under fictitious companies that are owned by the corrupt Lebanese leaders” . “Some of these fictitious companies don’t even have an office or a phone ” he added , stressing that this is the main reason why the US mediator is meeting with all the Lebanese politicians , He added :