Ukraine says scores of Russians killed in Kherson fighting, as ‘Russia runs out of steam’ 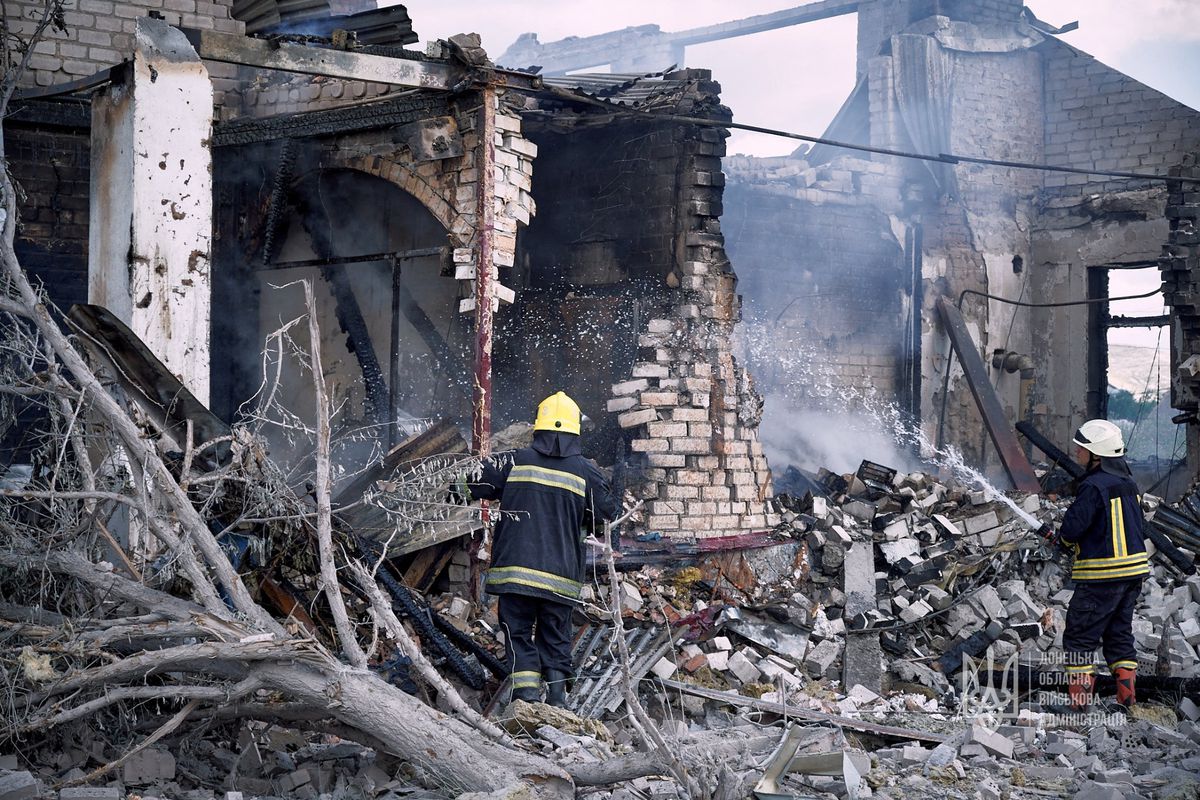 Firefighters work at a site of residential house destroyed by a Russian missile strike, as Russia’s attack on Ukraine continues, in Kramatorsk, Ukraine July 29, 2022. Press service of the Donetsk Regional Military Administration/Handout via REUTERS
Share:

By Max Hunder and Pavel Polityuk

ODESA/KYIV, Ukraine, July 30 (Reuters) – The Ukrainian military said on Saturday it had killed scores of Russian soldiers and destroyed two ammunition dumps in fighting in the Kherson region, the focus of Kyiv’s counter-offensive in the south and a key link in Moscow’s supply lines.

Rail traffic to Kherson over the Dnipro River had been cut, the military’s southern command said, potentially further isolating Russian forces west of the river from supplies in occupied Crimea and the east.

Defence and intelligence officials from Britain, which has been one of Ukraine’s staunchest allies in the West since Moscow’s Feb. 24 invasion, portrayed Russian forces as struggling to maintain momentum.

Ukraine has used Western-supplied long-range missile systems to badly damage three bridges across the Dnipro in recent weeks, cutting off Kherson city and – in the assessment of British defence officials – leaving Russia’s 49th Army stationed on the west bank of the river highly vulnerable.

Ukraine’s southern command said more than 100 Russian soldiers and seven tanks had been destroyed in fighting on Friday in the southern regions of Kherson, Mykolaiv and Odesa.

The first deputy head of the Kherson regional council, Yuri Sobolevsky, told residents to stay away from from Russian ammunition dumps.

“The Ukrainian army is pouring it on against the Russians and this is only the beginning,” Sobolevsky wrote on the Telegram app.

“In some villages, not a single home has been left intact, all infrastructure has been destroyed, people are living in cellars,” Butriy wrote on Telegram.

Officials from the Russian-appointed administration running the Kherson region earlier this week rejected Western and Ukrainian assessments of the situation.

In an intelligence update on Saturday, Britain’s defence ministry said Russia had likely established two pontoon bridges and a ferry system to compensate for bridges damaged in Ukrainian strikes.

Russian-installed authorities in occupied territories in southern Ukraine were possibly preparing to hold referendums on joining Russia later this year, and were “likely coercing the population into disclosing personal details in order to compose voting registers,” it added. read more

On Friday the ministry described the Russian government as “growing desperate”, having lost tens of thousands of soldiers in the war. The chief of Britain’s MI6 foreign intelligence agency, Richard Moore, added on Twitter that Russia is “running out of steam”.

Running out of steam… https://t.co/bExZXZ3l3z

Ukraine and Russia have traded accusations over a missile strike or explosion that appeared to have killed dozens of Ukrainian prisoners of war in eastern Donetsk province. The incident took place early on Friday in the frontline town of Olenivka held by Moscow-backed separatists.

Russia’s defence ministry on Saturday published a list of Ukrainian prisoners of war who it said were killed and wounded in what it said was a missile strike by the Ukrainian military. It said the strike by U.S.-made HIMARS rockets had killed 50 prisoners and injured another 73.

Ukraine’s armed forces denied responsibility, saying Russian artillery had targeted the prison to hide the mistreatment of those held there. Foreign Minister Dmytro Kuleba said on Friday Russia had committed a war crime and called for international condemnation.

Reuters could not immediately verify the differing versions of events, but some of the deaths were confirmed by Reuters journalists at the prison.

Russian defence ministry spokesperson Igor Konashenkov said on Saturday that “all political, criminal and moral responsibility for the bloody massacre against Ukrainians falls on (Ukrainian President Volodymyr) Zelenskiy, his criminal regime and Washington who supports them”.

Reuters TV on Friday showed the remains of a cavernous burned-out building filled with metal beds, some with charred bodies lying on them while other bodies were lined up on military stretchers or on the ground outside.

The International Committee of the Red Cross said it was seeking access to the site and had offered to help evacuate the wounded.

Ukraine has accused Russia of atrocities and brutality against civilians since its invasion and said it has identified more than 10,000 possible war crimes. Russia denies targeting civilians.