Pelosi heads to Asia amid Chinese threats over Taiwan stop 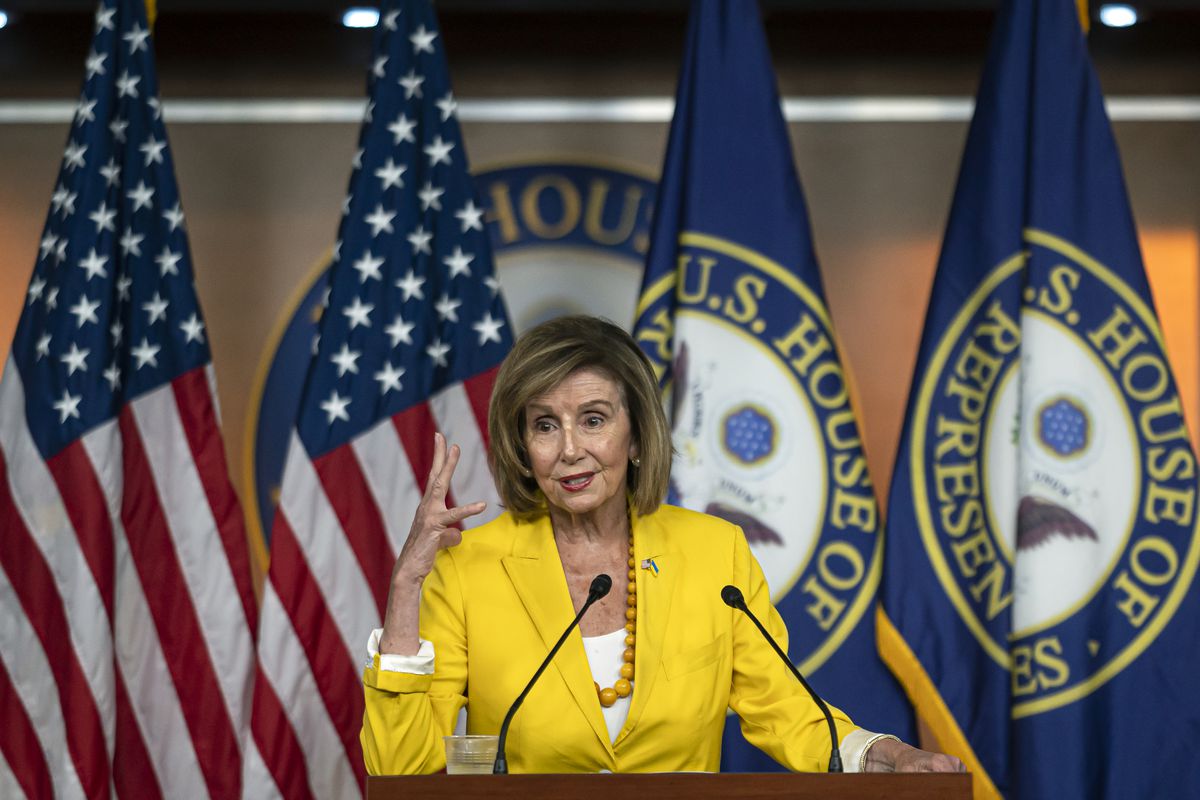 US House Speaker r Nancy Pelosi is set to leave this weekend on a trip that includes Singapore, Japan and South Korea Taiwan , amid Chinese threats over her Taiwan stop
Share:

Officially, a stop in Taiwan is still up in the air. But the Pentagon is moving ahead with preparations anyway. If the trip goes forward as planned, Pelosi will fly on a U.S. military aircraft to Taipei

Speaker Nancy Pelosi is set to leave this weekend on a trip that includes Singapore, Japan and South Korea — and possibly Taiwan — even as a Chinese state media commentator suggested Friday that Beijing could shoot down any U.S. military plane she takes to Taipei.

Pelosi has declined to confirm specifics of her expected swing through Asia, citing security risks. But she is scheduled to lead a small delegation of lawmakers, including House Foreign Affairs Chair Gregory Meeks (D-N.Y.), to Pacific countries beginning this weekend, according to multiple people familiar with the matter.

Officially, a stop in Taiwan is still up in the air. But the Pentagon is moving ahead with preparations anyway, according to three people familiar with her travel plans. If the trip goes forward as planned, Pelosi will fly on a U.S. military aircraft to Taipei, POLITICO previously reported.

“We want Congress to be a part of” the Biden administration’s strategy in the Indo-Pacific, Pelosi told reporters on Friday. “I’m very excited, should we go to the countries that you’ll be hearing about along the way, about the conversations we’ll have. … We have global responsibilities.”

U.S. defense officials are increasingly concerned that China would see a congressional delegation to Taiwan, escorted by military aircraft, as an invasion. That rhetoric escalated Friday when Hu Xijin, a commentator with the Chinese-state-owned Global Times, threatened that China’s military could down the speaker’s plane.

“If US fighter jets escort Pelosi’s plane into Taiwan, it is invasion,” Hu wrote on Twitter. “The [Chinese military] has the right to forcibly dispel Pelosi’s plane and the US fighter jets, including firing warning shots and making tactical movement of obstruction. If ineffective, then shoot them down.”

Pelosi last week referenced the possibility of her plane getting shot down, after President Joe Biden told reporters that the U.S. military believes her potential visit to the self-governing island is “not a good idea.” Indeed, the Biden administration has conveyed the risks to Pelosi in private in recent weeks, including a plea to postpone her trip to later this year.

However, earlier on Friday White House spokesperson John Kirby told reporters that the U.S. has seen “no physical, tangible indications of anything untoward with respect to Taiwan.”

The U.S. military is accustomed to Chinese aggression in the Taiwan Strait, including increased naval activity and air intercepts, one of the people familiar with the matter said. U.S. fighter jets flying in the region are already permitted to carry the maximum amount of ordnance, according to two of the people.

Defense officials are more concerned that Beijing will conduct missile testing in the waters surrounding Taiwan as an intimidation tactic, as it did during the 1996 Taiwan Strait Crisis.

The rising tensions over Pelosi’s travel come one day after Biden and Chinese President Xi Jinping spoke by phone about an array of issues, including Taiwan. According to Chinese state media, Xi warned Biden that the U.S. must abide by its “One China” policy, adding: “Those who play with fire will eventually get burned.”

Asked about Xi’s threat on Friday, Pelosi smiled and laughed, but declined to respond.

Pelosi’s travel plans, like those of most lawmakers, are typically kept under wraps until after leaving a particular country. Yet the public jostling over this particular trip has put immense pressure on the speaker to follow through with a stop in Taiwan, despite China’s increasingly belligerent threats and the Biden administration’s concerns.

Lawmakers are worried that if Pelosi decides not to fly to Taiwan, Beijing would benefit from its tough talk. Meeks, who declined on Friday to discuss a possible trip, seemed to echo those concerns.

“We can’t be bullied by anyone,” Meeks said. “I don’t pay any attention to that.”

“Xi and China — they better start worrying about their own human rights violations, what they’re doing with the Uyghurs, and trying to figure out how they can play on the world stage with everybody on the same stage,” added Meeks, referencing China’s genocide of Uyghur Muslims.

Pelosi has long enflamed the Chinese government given her progressive track record on human rights issues. Since the Tiananmen Square massacre in 1989, Pelosi has actively boosted dissidents in Hong Kong and elsewhere who have been subjected to China’s repression. In 1991, the speaker was chased out of Tiananmen Square for displaying a banner that paid tribute to the pro-democracy protesters who were killed there two years earlier.

Beijing views Taiwan as part of China, and views the U.S. posture toward Taiwan as tacit support for the island’s independence. Biden himself has, at least three times, vowed to defend Taiwan militarily in the event of a Chinese invasion, before the White House walked those statements back.

The U.S. policy toward Taiwan has long been governed by the Taiwan Relations Act and the doctrine of “strategic ambiguity” — the notion that the U.S. would remain purposely noncommittal about defending Taiwan.

Some members of Congress, though, have pushed to revise that doctrine to “strategic clarity,” especially after Russia’s invasion of Ukraine.