Worried that Lebanon may have another Aoun as president , Mufti Jozu urges abolision of political sectarianism 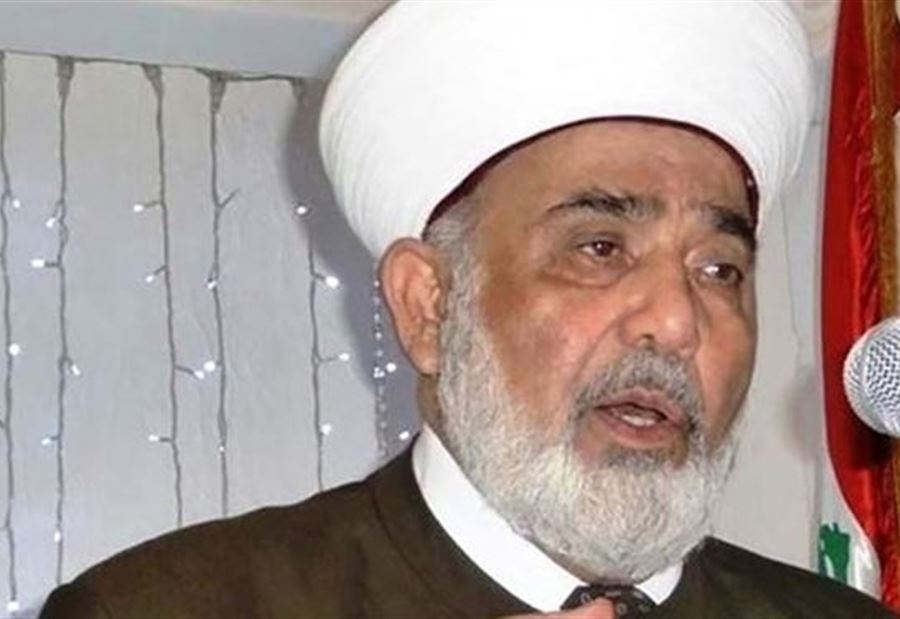 The Mufti of Mount Lebanon, Sheikh Muhammad Ali Al-Jozu, said, “We in Lebanon are heading to another failed presidential election like the one before it

He called for abolishing sectarianism, and bringing in a non-sectarian, highly educated person to rule Lebanon.”

During an interview with “Kuwaiti News”,Al-Jozu called for “abolis ing sectarianism and bringing in a person chosen by all groups in Lebanon, instead of this”fanatic named Gibran Bassil, to provide Lebanon with a great service.” He is referring to president Michel Aoun’s son-in-law, reportedly the most despised politician in Lebanon

He asked, “Why do the Lebanese cling to the defunct and corrupt sectarian system, which has proven its failure since the establishment of Lebanon to this day? Are the Maronites still convinced of this political experiment, which harmed them more than any group, especially after they backed the Aounist Christian leadership, which destroyed Lebanon politically, economically, humanely and morally, and it gave an example of the catastrophic failure of the political sectarianism

He added, “I do not think that any cultured, civilized and wise Maronite can deny what President Michel Aoun and Bassil have done against Lebanon since its inception to this day. Lebanon must finally get out of political sectarianism.

He continued, “The whole West forgot Christianity, and turned to secularism, which does not differentiate between one citizen and another because of their religious affiliation. France took over Lebanon through colonialism and in the name of Christianity, because it wanted Christianity to exploit Lebanon politically and racistly, and it still is.. I say this today, and we are in Lebanon.” We are expecting a presidential election that looks like the one before it.”

Jozu concluded, by saying: “Believe me, I am a Muslim who is proud of his religion and owes allegiance to it. I do not want the experience that Lebanon has lived since its independence to continue until this day. Do not think that I am secular, and do not think that I do not love my religion to death, but in Lebanon I do not find that anyone who ruled in the name of religion ever succeeded,… they were all using us with idiotic slogans that made it worse for the country

Translated from an article in