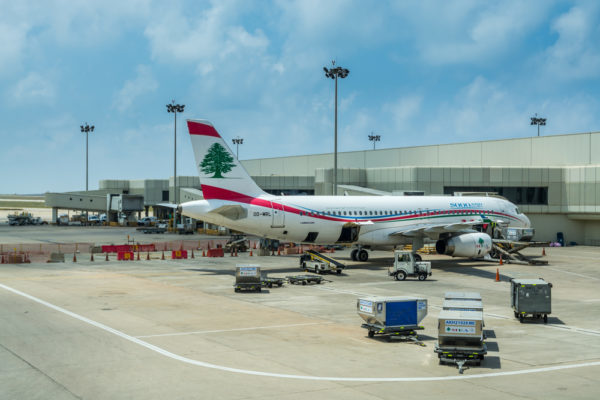 FILE – An MEA plane is shown at the Rafik Hariri International Airport in Beirut, Lebanon . Lebanon will soon launch an international tender for the construction of a new terminal at the country’s only international airport in Beirut amid rising demand by travelers to visit the country over the coming years, caretaker Minister of Public Works and Transport Ali Hamie said Wednesday, June 8, 2022. (AP Photo/Hassan Ammar, File)
Share:

BEIRUT (AP) — Lebanon will soon launch an international tender for the construction of a new terminal at the country’s only international airport in Beirut, a caretaker Cabinet minister said Wednesday, with hopes of accommodating a projected rise in visitors.

The Rafic Hariri International airport had a major facelift after the country’s 1975-90 civil war, and has been working at full capacity for years as the government’s expansion plans have been repeatedly delayed.

Minister of Public Works and Transport Ali Hamie told reporters at the airport that a tender for the $70 million project to build a second terminal at Beirut’s Rafik Hariri International Airport is being prepared. He said Terminal 2 will be for chartered and low-cost flights, as well those carrying Muslim pilgrims.

Hamie said the project will be carried out by the private sector and will create hundreds of jobs at a time when Lebanon is in the grips of its worst economic crisis in its modern history.

The airport currently handles 8 million passengers a year, and the plans are to reach 20 million in 2030, according to the website of national carrier Middle East Airlines.

The announcement was made during a visit to the airport by caretaker Prime Minister Najib Mikati as Lebanon prepares to receive large numbers of travelers in the coming months, after a drop in traffic due to coronavirus pandemic.