Macron spent about 100 hours on phone with Putin discussing Ukraine 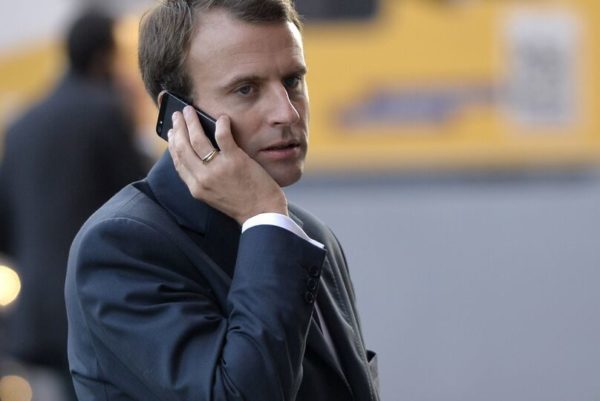 French leader Emmanuel Macron said on Friday that he had spent some 100 hours in telephone conversations with Russian President Vladimir Putin since December discussing the situation in Ukraine.

“I have lost track of the conversations that I have had with Vladimir Putin since December. About 100 hours in total,” Macron told the Ouest France newspaper.

The French president noted that he never concealed his talks with the Russian leader, adding that he communicated with Putin at the request of Ukrainian President Volodymyr Zelenskyy.

Macron further expressed his opinion that the role of Paris in this conflict is to be the “mediating power.

“Russia must not be humiliated so that we could find a way out (of the conflict in Ukraine) through diplomacy the day the hostilities stop,” the president concluded.

On February 24, Russia launched a military operation in Ukraine after the breakaway republics of Donetsk and Luhansk requested help to defend them from attacks by Ukrainian troops, resulting in several waves of anti-Russian sanctions in a variety of spheres. Macron and Putin had repeatedly held telephone conversations on the matter before and after the beginning of the military operation.

But according atop a report by the Financial Times the politicians in Eastern Europe are uneasy about their Western European counterparts’ willingness to talk to Putin, as it raises suspicions that some EU countries want to pressure Kyiv into giving up territory to end the war. The paper writes that the Baltic states believe such talks will only give Putin more power, and that Europe should instead increase its weapons supplies to Ukraine.