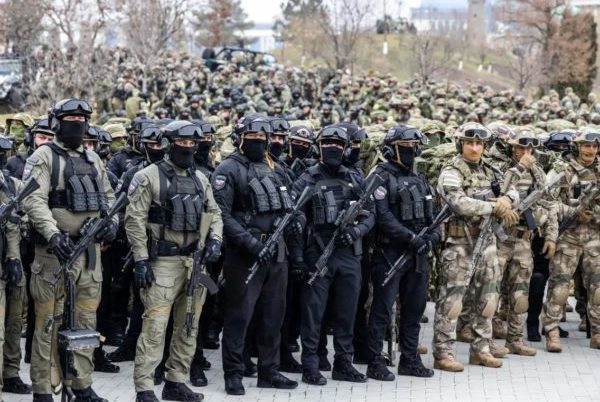 Ukraine claims that 23, 000 combat Russian soldiers have been killed in Ukraine since Feb 24
Share:

The UN crisis coordinator for Ukraine says war is costly for both Kyiv and Moscow and calls for an end to hostilities.

New York – As Russia’s invasion of Ukraine enters its 100th day, the United Nations has called for an immediate end to a war that “has and will have no winner”.

“We have witnessed destruction and devastation across cities, towns and villages,” Amin Awad, assistant secretary-general and United Nations crisis coordinator for Ukraine, said in a statement on Friday. “The war must end now.”

Since Moscow launched what it called a “special military operation” on February 24, the UN estimates it provided immediate humanitarian aid to some eight million people across the country, including in besieged cities in the east of Ukraine.

More than 15.7 million people remain in need of humanitarian support, according to the international body, with hundreds of thousands not having access to water and electricity and millions being food insecure.

“This war has taken an unacceptable toll on people and engulfed virtually all aspects of civilian life,” Awad said. “In just over three months, nearly 14 million Ukrainians have been forced to flee their homes – a scale and speed of displacement not witnessed in history.”

The UN estimates more than three million children have had to suspend their education as schools, hospitals and shelters have been engulfed in the conflict.

“Our tireless efforts to respond to the war’s devastating impact will continue, robustly and steadfast,” Awad said. “But above all we need peace.”

The UN crisis coordinator for Ukraine has also sounded the alarm on the global effect of the war in a country that caters to about 15 to 20 percent of the world’s food needs.

Ukraine’s Black Sea ports have been blocked, preventing the export of some 20 million tonnes of grain. UN officials have called on Russia to reopen the ports to avoid a global food crisis and the international community has raised the possibility of a relaxation of sanctions against Moscow in return for unblocking the ports.

Speaking at an online UN news briefing from Geneva, Awad said there was an agreement “in principle” on the need for a deal on allowing exports but that more talks were needed.

UN Secretary-General Antonio Guterres had said on Wednesday he was hopeful of easing the food crisis prompted by the war in Ukraine, but cautioned that any agreement to unblock shipments of commodities such as grain was still some way off.