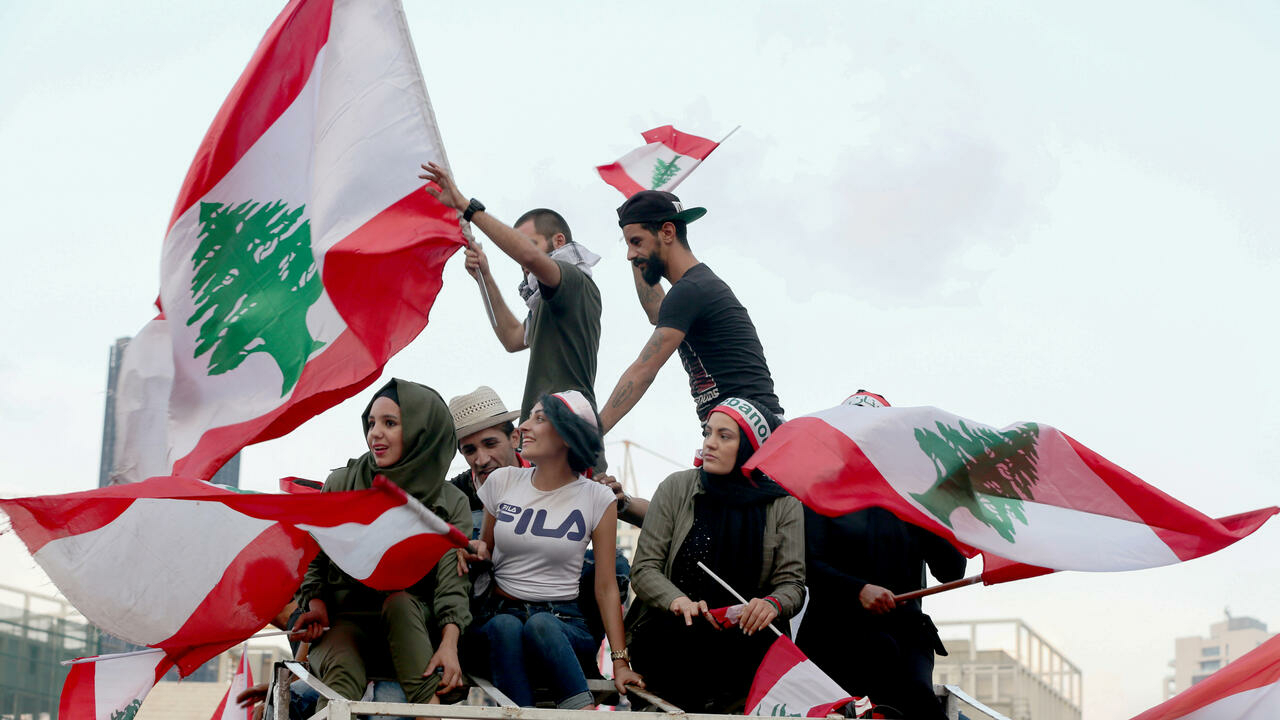 A new generation of young Lebanese voters helped propel at least 13 independents to parliament last week for the first time in decades Patrick BAZ AFP/FileLebanese wave their national flag during a protest in downtown Beirut on October 20, 2019, two days after demonstrations swept through the eastern Mediterranean country in protest against dire economic conditions. Thousands of protesters outraged by corruption and proposed tax hikes burned tyres and blocked major highways in Lebanon on , prompting the premier to give his government partners three days to support a reform drive.
Share:

Beirut  Lebanese law student Charbel Chaaya spent the election campaign distributing flyers in Beirut and trying to convince his parents to vote for independents to shake the grip of established parties.

The 21-year-old activist is one of many young voters who went against their parents’ political views, and helped propel at least 13 independents to parliament last week for the first time in decades.

“My parents think I’m too idealistic, that this country will never change,” he said, adding that his father voted for a traditional Christian party, the Lebanese Forces.

“There is a generational gap,” Chaaya said. “Our generation knows that sectarian and traditional politics simply don’t work anymore.”

Chaaya is part of a new generation seeking a progressive approach to politics, blaming established parties dating from Lebanon’s 1975-1990 civil war for an economic meltdown that has pushed thousands to flee the country.

This has widened a generational gap between young people voting for change and an older generation often attached to civil war-era parties.

The Iran-backed Shiite Hezbollah group and its allies fell just short of the 65 seats needed to control the 128-seat parliament, losing their clear-cut majority.

This time, the May 15 polls brought in a record number of independents to parliament, totalling a small but significant tenth of the assembly.

Chaaya headed his university’s secular club, one of dozens of political groups bringing together young supporters of a mass protest movement that began in October 2019.

A massive number of those campaigning for his list were young people in their twenties, Daou said.

“We speak a different language than the traditional parties, that’s why people like us,” said Daou. “We don’t speak in sectarian terms.”

Lebanon shares power among its 18 recognised religious communities, and politics are often treated as a family business.

This was a clear break from voting patterns in Lebanon, where each community usually supports politicians from their own religious sect.

Polling expert Rabih Haber of Statistics Lebanon said that while voter data could not be broken down by age, on social media young people seemed to express far greater support for independent candidates than established parties.

Newly-elected independent MP Elias Jarade, a 54-year-old Harvard-educated ophthalmologist, said most voters who came up to him were young people from different political backgrounds.

“All those who came to our tents and said they voted for us were young men and women, from different regions, religions and political backgrounds,” Jarade said.

He was one of two independent MPs who snatched seats from allies of the powerful Hezbollah in its south Lebanon strongholds.

The independent MPs are mostly university professors and respected professionals who entered politics after the 2019 mass protests.

‘Space to have a conversation’

Karl, a 30-year-old Beirut resident, went against his parents’ wishes and voted for an independent in the country’s south, after growing disillusioned with the Christian Free Patriotic Movement of President Michel Aoun, a Hezbollah ally.

Karl, asking that only his first name be used, said that there is a trend of younger people voting for independents, despite their limited gains in the south.

“At the same time the older generation is also transmitting its own war trauma to their children,” he said.

On his way to vote in his hometown, Karl passed by the southern town of Ghazieh, where he saw children chanting slogans and bearing flags for Hezbollah and its ally the Shiite Amal movement.

The scene was emblematic of the tight hold the two groups have in south Lebanon, where independents are often threatened and intimidated, according to observers and rights groups.

Sami, 21, who also asked for his first name to be used, said he had failed to dissuade his parents from voting for Hezbollah and Amal.

“I thought I had convinced my mother, but in the end there is always something that pulls her back to her beliefs,” he said, a common complaint among young voters AFP spoke to.

But Sami said he was cautiously optimistic about the independents’ modest victory in the south.

“Our region was monochrome, there was no space for debate on alternatives to these parties,” Sami said. “This opened up, at least, some space to have a conversation.”