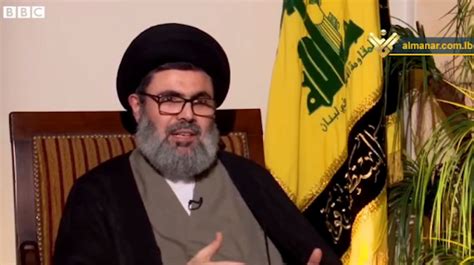 File photo of Hashem Safieddine, the head of Hezbollah’s Executive Council. His son Reza who is also the son-in law of of former slain Islamic Revolutionary Guard Corps’ Quds Force Commander Qasem Soleimani regularly smuggles arms for Hezbollah in Lebanon and Syria on civilian aircraft according to a report by IDF
Share:

Reza Safieddine is reportedly  close to Hezbollah chief Hassan Nasrallah’s  son, Jawad, who  was placed on the US counter-terrorism blacklist in 2018 for his activities in recruiting people to carry out terror attacks including suicide bombings

According to the Israeli  IDF  , Reza flies several times a month to Iran   to coordinate the smuggling of advanced weaponry to the militant group

According to the  report Hashem  Safieddine uses his senior status in  Hezbollah to help his son smuggle the strategic weapons.

The weapons are smuggled  into Lebanon from Damascus  using passenger flights, therefore “endangering the lives civilians” on  the   flights from Iran  to  Syria  and Lebanon

Hezbollah  reportedly has over 150,000 rockets and missiles of all sorts that it transferred  from Iran by air, land and sea corridors for years.