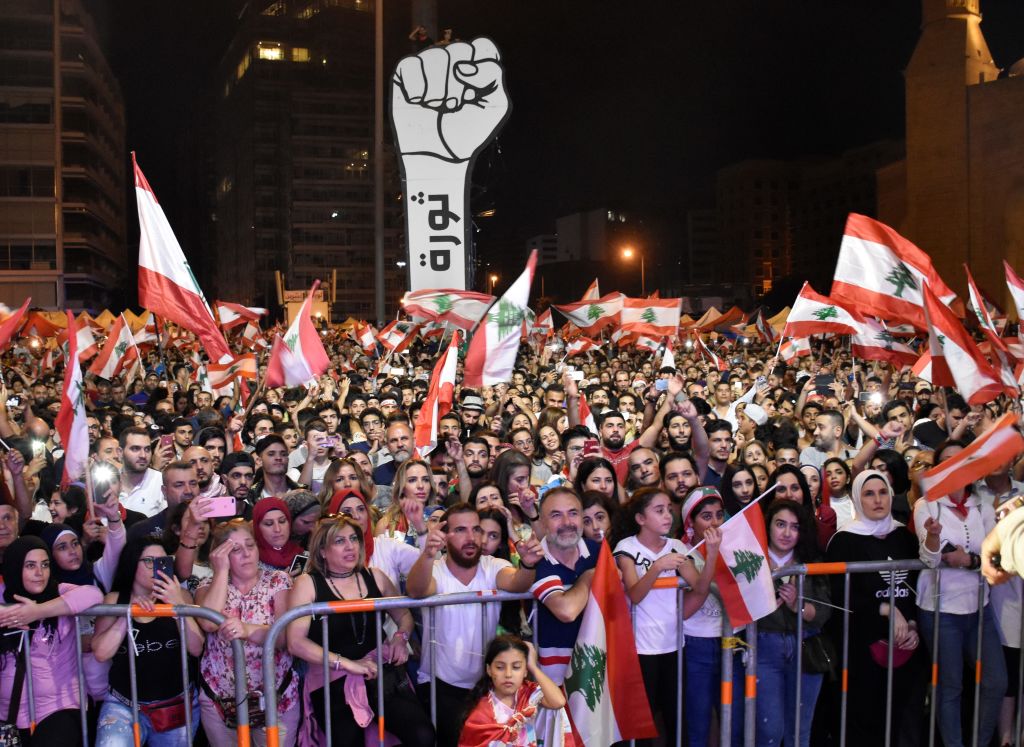 Lebanon is preparing to go to the polls on May 15. Many observers believe that this parliamentary election promises to be one of the most significant in the country’s modern history (“crucial” and “decisive” are among the terms used).  Three vital issues hang on the result.

First, Lebanon’s failing economy depends on the radical reforms demanded by the International Monetary Fund (IMF) being enacted before their essential financial package is put in place. Nothing can be done until the new government is up and running.  Secondly, President Michel Aoun’s term of office ends in October , and the new parliament will have the task of electing and confirming his successor in office.  Thirdly, and perhaps most critical of all, this election campaign has produced a significant weight of anti-Hezbollah political feeling among a number of disparate political groups.  Given a modicum of leadership, they could be brought together to reduce the baleful influence of the Iran-supported extremist group once and for all

The elections come as Lebanon’s currency has lost more than 90 percent of its value in the past two years, plunging more than 75% of the 6 million Lebanese population into poverty.  The economic crisis was aggravated by the massive explosion at Beirut Port on August 4, 2020, when a large part of the capital was destroyed, more than 200 people killed, thousands injured, 300,000 people left homeless and billions of dollars in material damage was caused. Responsibility is yet to be determined, as powerful figures linked to Hezbollah do their best to frustrate the public Inquiry.

The World Bank has described Lebanon’s financial and economic crisis as among the worst in the world in 150 years. The IMF requires, among other measures, that the Lebanese government approve a restructuring of the banking system that takes account of the large losses in the sector, while protecting small depositors and limiting their recourse to public resources.  Lebanon’s political and financial elite have been at odds over such a plan for two years, particularly on how to distribute some $70 billion of losses between banks, the state, and depositors.  Lebanon’s banking sector maintains that the government and central bank should bear the lion’s share of losses.  Goldman Sachs has said the most challenging reform would be the restructuring of the local banks, “The distribution of losses between the government, bank shareholders and depositors is…unlikely to be resolved easily.”  All the same resolved it will have to be after the election, if Lebanon is to be assisted by the IMF to regain a degree of financial stability.

Since his return to Lebanon in 2005 from France, where he lived in exile for 14 years, President Michel Aoun, aided by his son-in-law Gebran Bassil, both allied with Hezbollah, has been a destabilizing force in Lebanese politics.  In 2016 Hezbollah’s support for Aoun’s presidential bid was the primary factor leading to his election.

Once in office Aoun allowed, if he did not positively encourage, Bassil to engage in lucrative patronage activities. In addition the president and his son-in-law have been trying to ensure that Bassil succeeds Aoun in office. These aspirations were dealt a severe blow in November 2020 when the US sanctioned Bassil, accusing him of being at the forefront of corruption. Nonetheless Bassil is trying to lead his party, the Free Patriotic Movement (FPM), to victory in the parliamentary elections, and no doubt hopes to capture the presidency if he does. At least he is a Maronite Christian, an essential prerequisite for holding that office.

Modern Lebanon, founded in 1943, was established on the basis of an agreed “National Pact”.  Political power is allocated on a religious or “confessional” system, with seats in the parliament allocated 50-50 as between Muslims and Christians. The top three positions in the state are allocated so that the President is always a Maronite Christian, the Prime Minister a Sunni Muslim, and the Speaker of the Parliament a Shia Muslim.

Theoretically no system could seem more designed to satisfy all parties in a multi-sectarian society. Theory, however, has had to bow to practical reality.  Lebanon has been highly unstable for much of its existence, and its unique constitution has tended to exacerbate, rather than eliminate, sectarian conflict.

Hezbollah’s many opponents from within both Christian and Muslim parties accuse the Iran-supported organization of running a mini-state within Lebanon, disregarding the nation’s sovereignty. They are treating these elections as an opportunity to end what they see as its domination of the country’s political decision-making and Iran’s occupation of Lebanon through its powerful proxy.

As a result, two opposing camps are jockeying to gain the majority in the next parliament:  the anti-Hezbollah Lebanese Forces party and its allies, who are determined to challenge Hezbollah’s influence and its dominance of the country’s administration; and Hezbollah and its supporters, who will fight to retain the majority they currently hold in parliament, and counter efforts to normalize ties with Israel.

Earlier this year, Fares Souaid, an outspoken critic of Hezbollah, established what he termed “a national council for ending Iranian occupation” of Lebanon. The council includes Muslim and Christian politicians, academics and key figures of civil society opposed to Hezbollah’s influence.

Samir Geagea, leader of the Lebanese Forces party, which has the second largest Christian bloc in Parliament and is an arch enemy of Hezbollah, is campaigning with the outright aim of wresting the country’s sovereignty from Hezbollah’s clutches. Geagea hopes to overturn the majority won in the last election by the pro-Hezbollah group, which includes the Free Patriotic Movement founded by Aoun, and the Amal Movement led by parliamentary Speaker, Nabih Berri.  Geagea argues that a solution to the economic crisis begins with defeating Hezbollah, which he blames – with some reason – for Lebanon ‘s economic collapse.

This parliamentary election offers the Lebanese people a real chance to cast off the dead weight of the past, regain its sovereignty under a new president, and implement the reforms that will enable the IMF to sign off on a financial package designed to revitalize the country’s economy.  It is all up to them.

Neville Teller’s latest book is “”Trump and the Holy Land: 2016-2020”. He has written about the Middle East for more than 30 years, has published five books on the subject, and blogs at “A Mid-East Journal”. Born in London and a graduate of Oxford University, he is also a long-time dramatist, writer and abridger for BBC radio and for the UK audiobook industry. He was made an MBE in the Queen’s Birthday Honours, 2006 “for services to broadcasting and to drama.”