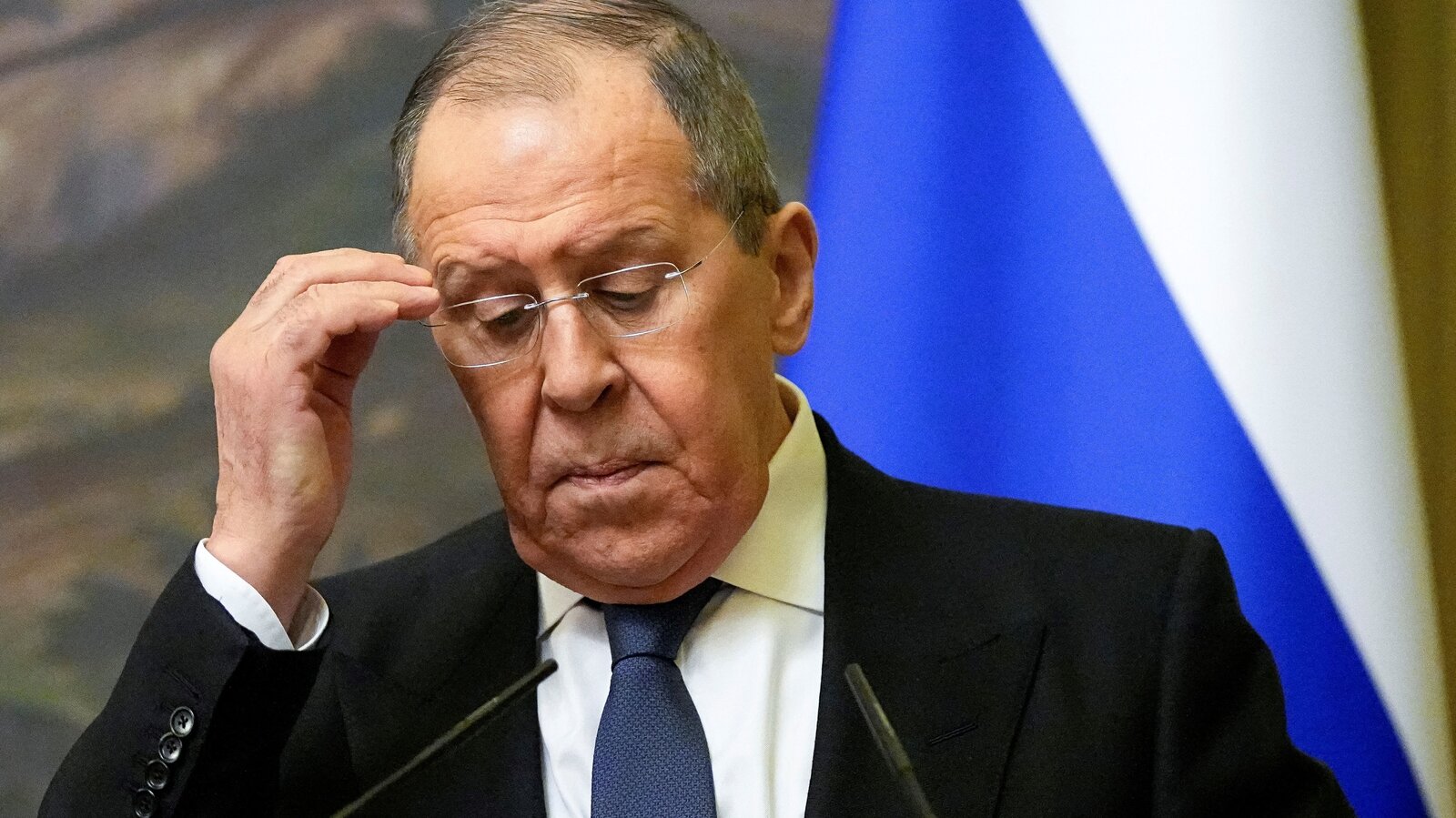 Israeli officials are castigating Russia and demanding an apology for comments its foreign minister made about Nazism over the weekend. It’s the strongest condemnation of Russia by Israel since the war in Ukraine began in February.

It all started on Sunday — days after Holocaust Remembrance Day — when Russian Foreign Minister Sergey Lavrov made antisemitic comments in an interview with Italian television program Zona Bianca.

Lavrov was asked about Russia’s claim that it had invaded Ukraine to “denazify” the country, which has a democratically-elected Jewish president.

“So when they say ‘How can Nazification exist if we’re Jewish?’ In my opinion, Hitler also had Jewish origins, so it doesn’t mean absolutely anything,” he told the station in Russian, referring to Ukrainian President Volodymyr Zelenskyy’s religion, according to the Associated Press. “For some time we have heard from the Jewish people that the biggest antisemites were Jewish.”

The backlash was swift, with officials in both Israel and Ukraine slamming Lavrov’s remarks as deeply offensive and historically inaccurate. (Some people have speculated that Hitler’s unidentified paternal grandfather was Jewish, an unproven rumor that the BBC explains was fueled by an assertion in a 1953 memoir by Hitler’s lawyer, Hans Frank.)

“Jews did not murder themselves in the Holocaust,” he wrote in a tweet. “The lowest level of racism against Jews is to accuse Jews themselves of antisemitism.”

Israeli Prime Minister Naftali Bennett released a statement on Monday calling for an immediate end to the use of the Holocaust “as a political battering ram,” according to the Jerusalem Post.

“Lies like these are meant to blame the Jews themselves for the most terrible crimes in history, which were committed against them, and thus free the oppressors of the Jews from their responsibility,” he added.

Dani Dayan, the chairman of Israel’s Holocaust memorial Yad Vashem, wrote on Twitter that Lavrov was “propagating the inversion of the Holocaust” by promoting an unfounded claim that turns its victims into criminals.

To call Zelenskyy — and the Ukrainian public in general — Nazis is “a complete distortion of the history and a serious affront to the victims of Nazism,” he added.

Russia has frequently invoked Nazism and World War II to justify its aggression in Ukraine, prompting criticism and charges of hyprocisy, especially as its forces have attacked Holocaust memorial sites and killed multiple Holocaust survivors in residential shelling.

Israel’s quick and forceful condemnation of Lavrov’s comments are particularly notable because the country has been criticized for not doing enough to show its support for Ukraine.

Bennett has largely avoiding criticizing Russia for its full-scale invasion. And while other officials have expressed support for Ukraine, Israel has not sent military equipment or fully joined in the Western sanctions against Russia.

As NPR has reported, Zelenskyy voiced his impatience in a March address before Israeli lawmakers in which he compared Russia’s invasion to the Holocaust and urged Israel to take stronger action, including sending weapons to Ukraine and accepting non-Jewish refugees fleeing the war.

Lavrov’s comments also have drawn ire outside of Israel.

The Anti-Defamation League condemned his “misuse of Nazis, Hitler and the Holocaust,” calling it part of his “transparently desperate efforts” to justify Russia’s war in Ukraine.

A German government spokesperson said the idea Hitler had Jewish heritage was “absurd” propaganda, according to Reuters, while the country’s anti-Semitism commissioner said the remarks “shamelessly confront not only Jews but the entire international public with open anti-Semitism.”

Ukrainian Foreign Minister Dmytro Kuleba tweeted that in addition to offending Zelenskyy, Ukraine, Israel and the Jewish people, Lavrov’s remarks “demonstrate that today’s Russia is full of hatred towards other nations.”