Aoun claims : “I have lost my lifetime savings too “ 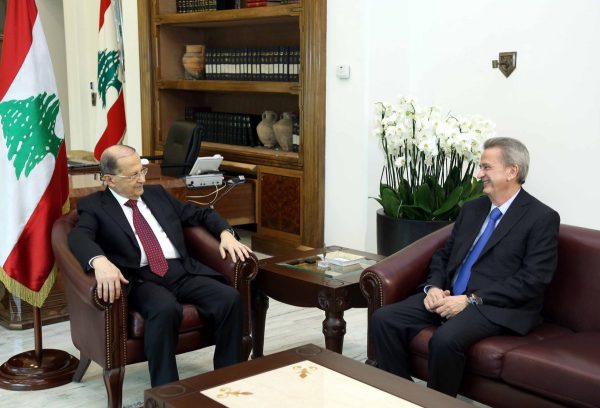 President Michel Aoun’s end-of-service benefits are also stuck in the banks “like any other Lebanese,” visitors of the President have quoted him as saying, al-Joumhouria newspaper reported

“I have lost my lifetime savings too,” Aoun claimed , according to the visitors.

The sources told the daily in remarks published Friday, that Aoun has said he finds it strange that “a senior financial official” — referring to Riad Salameh the Central Bank Governor without naming him — is still in his position despite the collapse.

He even went on to accuse Salameh of “manipulating the LIRA exchange rates.” “Unfortunately, some authorities are still protecting him,” Aoun added.

Ever since he became president Aoun has been trying to replace Salameh. Many blame Salameh for the collapse of the economy , but Salameh says he didn’t spend the money