Desperate and isolated Putin claims Russia launched its ‘Satan’ missile, capable of firing up to 15 nukes 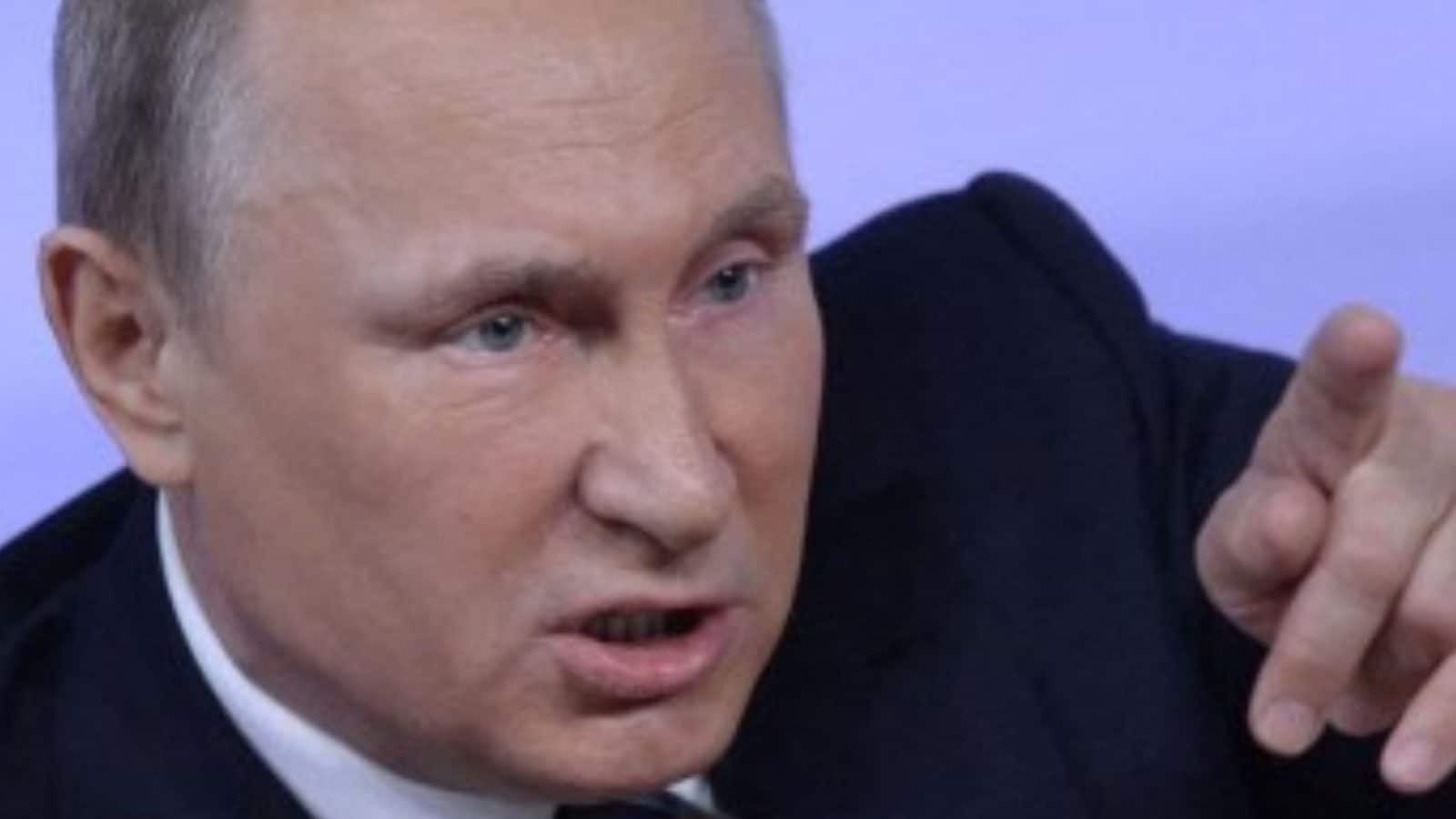 The desperate and isolated Vladimir Putin claims Russia launched its ‘Satan’ missile, capable of firing up to 12 nuclear warheads at once.The launch of the Sarmat intercontinental ballistic missile will give “food for thought for those who try to threaten Russia,” the Russian president warned. US intelligence chiefs last month branded Russia’s Vladimir Putin an “angry,” isolated leader craving global clout, frustrated about how his Ukraine invasion has not gone to plan, and lobbing provocative nuclear threats at the West.
Share:

Desperate and isolated Vladimir Putin claims Russia launched its ‘Satan’ missile, capable of firing up to 12 nuclear warheads at once.The launch of the Sarmat intercontinental ballistic missile will give “food for thought for those who try to threaten Russia,” the Russian president warned.

Moscow – RUSSIA has successfully launched its ‘Satan’ missile, capable of firing up to 12 nuclear warheads at once, Vladimir Putin has claimed.

The launch of the Sarmat intercontinental ballistic missile will give “food for thought for those who try to threaten Russia,” the Russian president warned.

The missile, nicknamed Satan 2, can fly 11,000 miles, carry 15 warheads and has the potential to destroy an area the size of France.

It was successfully launched from Plesetsk Cosmodrome in Arkhangelsk Oblast, northwestern Russia, according to Russian state media outlet RIA Novosti.

Video shows the enormous 115-foot missile being launched from an underground silo, triggering an enormous fireball.

It travelled almost the entire length of Russia – almost 3,600 miles – in around 15 minutes.

The missile landed at Kura Missile Test Range on the Kamchatka Peninsula in the far east of the country, according to Russian defence sources.

Most worryingly, the separate warheads in the Satan 2 missile are capable of detaching from the main 100-tonne missile before travelling towards their target at hypersonic speeds.

Russia’s defence ministry has bragged today that the Sarmat ICBM is able to overcome any missile defence systems.

“Thanks to the energy-mass characteristics of the missile, the range of its combat equipment has fundamentally expanded both in terms of the number of warheads and types, including hypersonic gliders,” the ministry said in a statement.

It added: “This launch is the first in the state test program. After the completion of the test program, the Sarmat missile system will go into service with the Strategic Missile Forces.”

Following the launch, Dmitry Rogozin, the director of the Russian space agency Roscosmos, claimed on Twitter that the weapon was a “present to NATO and all sponsors of Ukronazism”.

Speaking afterwards, he claimed the Sarmat system would have no comparison in the world for years to come.

He added that it would make those “who, in the heat of frenzied aggressive rhetoric, are trying to threaten our country,” think twice.

Russia first announced it was testing the missile, dubbed ‘Satan 2’, in October 2017.

At the time, it was heralded as the most powerful and deadly atomic warhead on the planet.

It carries bombs 1,000 more powerful than those dropped by the US on Hiroshima and Nagasaki in Japan during World War Two.

The missile can reportedly carry up to 15 separate bombs which allow it to drop multiple nukes on an area in a single strike.

Russia described the missile as a “unique weapon which reinforces the military potential of our armies.”

Military expert Dr Paul Craig Roberts sensationally claimed that the “five or six” of the Russian missiles could wipe out the entire US east coast.

The Russian news outlet Sputnik reported in May that an RS-28 rocket is “capable of wiping out parts of the Earth the size of France or Texas”.

On that basis, it has been reported that the weapon could “wipe out an area the size of England and Wales twice over”.

It comes amid fears an increasingly paranoid and isolated Putin will use nukes in a desperate attempt to defeat Ukraine and prevent a palace coup.

During an interview on Tuesday, Foreign Minister Sergei Lavrov didn’t give a direct answer to repeated questions on whether Russia might use nuclear weapons in Ukraine.

The interim US ambassador to the UK, Philip Reeker, told Sky News: “Well, as our director of Central Intelligence, Bill Burns, said in open testimony last week, this is something we have to be concerned about.

“Putin himself has raised this. So certainly it’s something we have to watch very closely, the kind of brutality that Putin has enacted – we’ve seen it before, but it’s hard to imagine what he’s doing.

“And it seems like there’s very little that would stop him, particularly when he makes those kinds of threats.”

The former British ambassador to Ukraine, Leigh Turner said: “If Russia is visibly losing this war, it could be that Putin would authorise their use.”

Rumours are swirling that Putin is purging his inner circle over fears he will be overthrown in a palace coup.

Today, European Council President Charles Michel announced that the EU will give Ukraine an additional 1.5 billion Euros of military aid in response to Russian aggression.