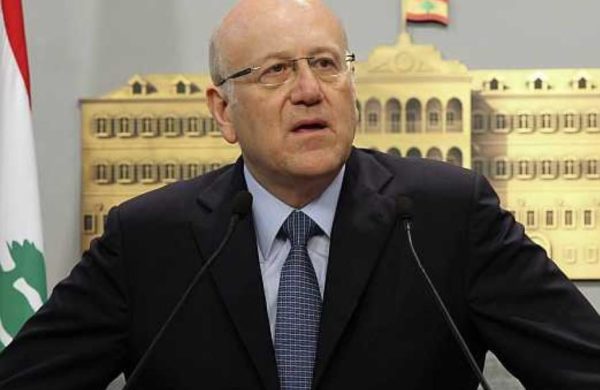 BEIRUT- Lebanese Prime Minister Najib Mikati said on Monday he will visit Saudi Arabia during the Muslim holy month of Ramadan, Al-Jadeed TV reported, in a sign of improving ties with the kingdom following the return of the its ambassador to Beirut after he was withdrawn during a diplomatic rift.

Saudi Arabia and fellow wealthy Gulf states were once major donors for Lebanon but relations have been strained for years by the growing influence of the Iran-backed Hezbollah movement.

Saudi Ambassador to Lebanon Walid Bukhari on Monday hosted a Ramadan iftar banquet that was attended by a host of Lebanese leaders and incumbent and former officials, days after he returned to the country following a diplomatic crisis sparked by former information minister George Kordahi’s remarks on Yemen’s war.

“The kingdom does not interfere in domestic affairs and the return came based on joint projects. We will talk about joint projects between France and Saudi Arabia to offer humanitarian support and support for stability in Lebanon,” Bukhari said at the banquet.

“Saudi Arabia’s principles do not allow it to interfere in sovereign matters, we respect the parliamentary and presidential junctures and we call on everyone to run in them based on competency,” the ambassador added.