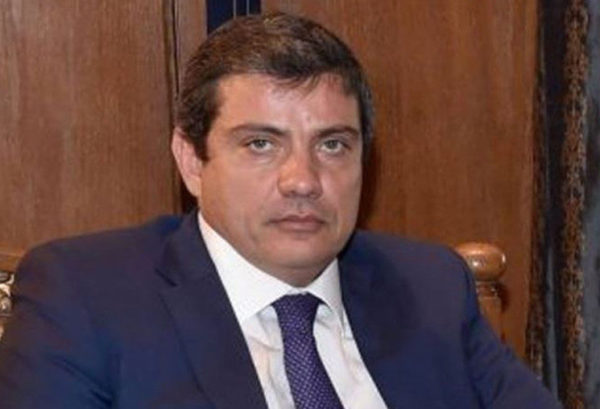 Retired Lebanese judge Peter Germanos said in an interview that ‘Lebanon is under Iranian occupation’ and Hezbollah has effectively partitioned Lebanon . According to analysts the silent majority of the Lebanese shares his views about Hezbollah and Iran and accuse Hezbollah of making Lebanon a colony of Iran. They are silent because only the Hezbollah militia was allowed to keep its arms at the end of the civil war ( by the Syrians , during their occupation of Lebanon ) and they know how many politicians and activists were killed by Hezbollah for speaking up after Hezbollah operatives killed from PM Rafic Hariri in 2005
Share:

Retired Lebanese judge Peter Germanos, the former Government Commissioner to the Military Court, said in an April 3, 2022 interview on MTV (Lebanon) that UNSC Resolution 1559, which calls for the disbandment and disarmament of Lebanese militias, should be implemented in the areas of Lebanon where it is possible.

He explained that he is not calling for the partitioning of Lebanon, but that it has already been effectively partitioned and turned into a federation by Hezbollah, which provides security, electricity, schools, and hospitals in the areas under its control.

In addition, he said that Iranian influence in Lebanon is worse than Syrian influence and that it is “the worst thing that Lebanon has ever seen.” He elaborated that Iran has sown destruction throughout the Arab world and said that Saudi Arabia is the “first line of defense against the Iranian expansion in the region.”

Moreover, Germanos said that 20% of Shiites in Lebanon oppose the Hezbollah-Amal bloc and Iran, and as a consequence suffer persecution, are silenced, are framed by the legal system, cannot work, and are sometimes killed.