Russia kicked out of UN Human Rights Council, over its war crimes in Ukraine 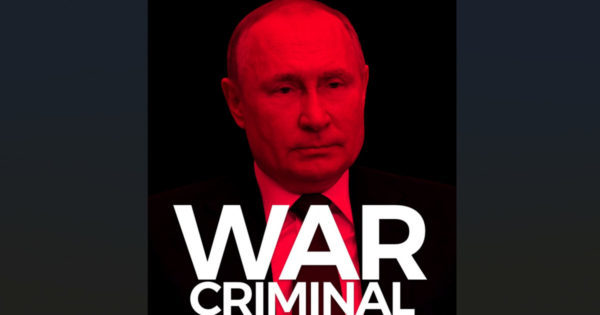 Throughout his long political career, the Russian president has been accused of countless atrocities. The former KGB chief Vladimir Putin is a war criminal and should be treated as such, US president Joe Biden was quoted as saying last month. Russia was kicked out of the UN Human Rights Council on Thursday as members vote 93-24 in favor during the United Nations General Assembly. President Biden said the vote marks a meaningful step by the international community further demonstrating how President Vladimir Putin has made Russia an “international pariah.”
Share:

New York- The United Nations General Assembly has voted to kick Russia off the UN Human Rights Council on Thursday.

The voting result was 93 in favor, 24 against and 58 abstentions. It was the second ever suspension of a country from the council. Libya was the first, in 2011.

A draft of the resolution says the General Assembly may “suspend the rights of membership in the Human Rights Council of a member of the Council that commits gross and systematic violations of human rights.”

The draft resolution adds that the council has “grave concern” regarding reports of “gross and systematic violations and abuses of human rights” and “violations of international humanitarian law” committed by the Russian Federation during its invasion of Ukraine.

The measure suspends Russia’s membership in the Council and would launch a review of the matter if the UN deems it appropriate.

Russia had initially called on the UN to reject the US-led resolution to remove Moscow from the council.

“We … call on all those present here to really consider your decision and to vote against the attempt by Western countries and their allies to destroy the existing human rights architecture,” Gennady Kuzmin said.

Ukraine foreign minister Dmytro Kuleba welcomed the vote. “War criminals have no place in UN bodies aimed at protecting human rights. Grateful to all member states which supported the relevant UNGA resolution and chose the right side of history.”

US President Joe Biden also applauded the General Assembly of the United Nations’ vote to suspend Russia from the Human Rights Council (HRC) in response to Moscow’s invasion of Ukraine.

Biden said the vote marks a meaningful step by the international community further demonstrating how President Vladimir Putin has made Russia an “international pariah.”

“Russia has no place on the Human Rights Council. After today’s historic vote, Russia will not be able to participate in the Council’s work or spread its disinformation there as the Council’s Commission of Inquiry investigates Russia’s violations and abuses of human rights in Ukraine,” he added.

US to suspend s trade with Russia and ban oil imports

Thee US Senate voted unanimously Thursday for 2 bills , one to suspend normal trade relations with Russia and the other to ban the importation of its oil, ratcheting up the U.S. response to Russia’s invasion of Ukraine amid reports of atrocities.

Biden has already taken executive action to ban Russian oil, liquefied natural gas and coal to the United States. The legislation puts the effort into law.