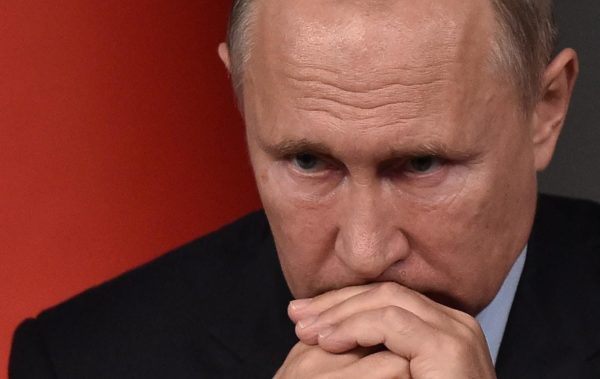 Amid reports that the Russian front has collapsed near Kharkiv, Vladimir Putin complained that the only reason he is losing the war in Ukraine is that the F.B.I. recently seized stuff he needed. “I’m not going to go into detail, but there were things I needed, very important things, that the F.B.I. has confiscated that should have been sent to me,” the Russian President said. “If I had those things right now, I wouldn’t be getting my ass kicked all over Kharkiv.”The New Yorker Sept 11 2022. The FBI searched on Sept 2 two properties in New York and one in Miami “linked to” Viktor Vekselberg, a Ukrainian billionaire and a “close ally” of Putin. the FBI seized several boxes of documents from these locations
Share:

Russian President Vladimir Putin has reportedly walked back demands that Europe must pay for Russian gas in rubles, according to German Chancellor Olaf Scholz and Italian Prime Minister Mario Draghi, staving off a potential showdown that risked severe energy disruption across Europe.

At a press conference on Thursday, Italy’s Draghi said Putin had told him European buyers can continue to make gas purchases in euros, according to news reports.

Those payments would have to be converted to Russia’s local currency, the ruble, inside Russia, Draghi said, without giving details on how such an exchange system would work.

Draghi said he believed it would not have been easy to change the currency “without violating contracts.”

Kremlin spokesperson Dmitry Peskov on Thursday said buyers would still need to obtain rubles in exchange for the dollars or euros specified in the contracts, though he did not explain how buyers could obtain the rubles, according to Bloomberg.

In response to harsh Western sanctions and “economic war” against Russia, Putin demanded “unfriendly nations” pay for Russian gas in rubles. Leaders from the wealthy G7 group of nations rejected the demand and European leaders questioned the legality of such a move in an industry dominated by long-term contracts. Russian gas accounts for around 45% of European gas imports—the bloc imports 90% of its gas—and is a major source of revenue for the Kremlin. Germany activated emergency measures to prepare for possible gas shortages and rationing over the standoff.

WHAT TO WATCH FOR

Speaker of the Russian Duma Vyacheslav Volodin warned world leaders on Wednesday that all major exports from Russia could soon be in rubles. In addition to gas, this could include fertilizer, grain, metals, oil and coal, he said.