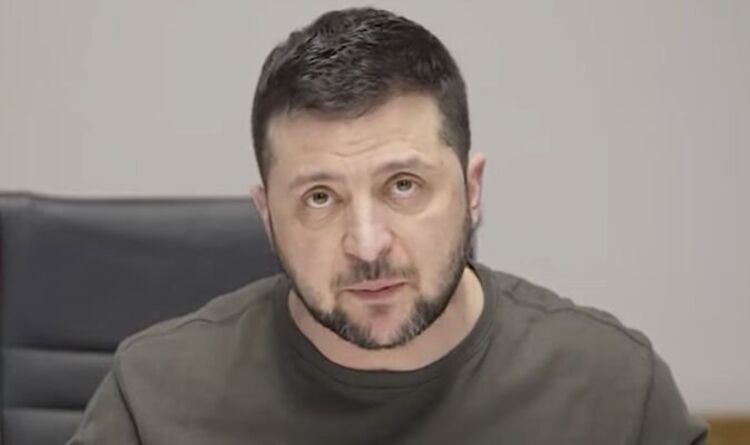 At a time when the U.S. is trying to tread lightly following President Joe Biden’s heated comments this weekend, Ukrainian President Volodymyr Zelensky is letting loose.

Zelenskyy, a former actor who knows how to get a response from an audience, is accusing Russia of treating its dead soldiers worse than animals, and said attempts by his country to exchange prisoners of war have been met with a lack of interest by its adversary.

A news release from the president’s office cites his new interview with Russian media, in which Zelenskyy said he’s willing to conduct the prisoner exchange even while hostilities continue.

“It is not necessary to act according to some generally accepted canons: like, let’s wait until the end of the war, or let’s capture more … I do not understand that,” Zelenskyy said.

The president also said an offer to hand the bodies of Russian soldiers to their relatives elicited a callous response he believes speaks poorly of how President Vladimir Putin’s government treats its own people.

“They first refused, then offered us some bags,” Zelenskyy said. “You know, even when a dog or a cat dies, people don’t do so. These are garbage bags. I don’t understand what people think, what the parents of these children think.”

Russian media outlets have been banned from publishing the interview by the country’s communications regulator and Internet censor, known as Roskomnadzor, the Washington Post reported.

Zelenskyy did not totally spare his Western allies. He has been urging them to step up their aid and send Ukraine war planes they’re not using and are “just collecting dust.”

Though provocative, Zelenskyy’s comments were overshadowed by Biden’s final remarks during a speech Saturday in Poland, where he said of Putin: “For God’s sake, this man cannot remain in power.”

►In remarks from Warsaw, Biden slammed Putin as a “butcher” for the unprovoked invasion of Ukraine and said the West “has never been stronger.” Poland has been on the front lines of the refugee crisis, having accepted 2 million Ukrainians fleeing the war.

►Ukrainian President Volodymyr Zelenskyy signed a law Sunday that bans reporting on troop and equipment movements that haven’t been announced or approved by the military. Journalists of any nation who violate the law could face three to eight years in prison.

JUST IN: Putin listed 5 EU nations he might invade

According to German newspaper Suddeutsche Zeitung, Putin allegedly told then Ukraine President Petro Poroshenko: “If I wanted, in two days I could have Russian troops not only in Kyiv, but also in Riga (Latvia) , Vilnius ( Lithuania), Tallinn( Estonia), Warsaw ( Poland and Bucharest( Hungary ).”

The statement, if made in these terms, represented the first time Putin had discussed the idea of having Russian troops in an EU or NATO member state.