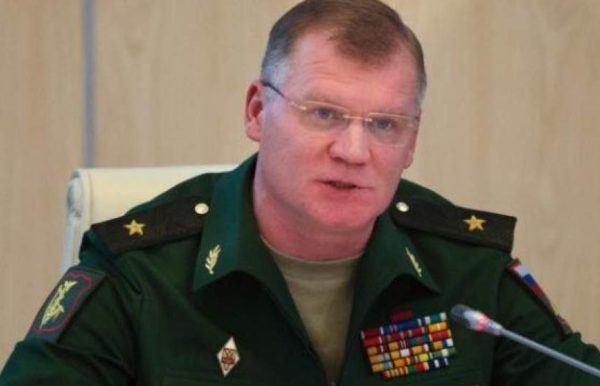 Russian military commander Igor Girkin has admitted that the war in Ukraine has backfired
Share:

In an astonishing set of remarks on Russian television, the army veteran and former FSB officer confirmed that Ukraine has been successful in launching a fightback against Russia, saying: “Nowhere, in any direction, has strategic success been achieved, but only operational successes.

“Moreover, the enemy is relatively successful in mobilising and beginning to counterattack. This, of course, Konashenkov never mentions in his reports.”

Body language expert Erik Bucy from Texas Tech University said: “The contrast with the Vladimir Putin of five or 10 years ago, when he was much more energetic and erect, is stark.”

He added: “He appears hunched over with a sagging posture. He appears uncomfortable, perhaps incapable of holding himself erect. He frequently looks down and to the side, addressing the table and the floor and only rarely looking up at his subordinate.

“This is an aged, bloated, physically weakened version who appears to have come out of a long bout of isolation and perhaps physical illness.”

Putin suffered further humiliation after a Russian soldier traded in his tank for $10,000 and Ukrainian citizenship.

The Russian, named only as Misha, surrendered to Ukrainian forces after his colleagues ran away and his commander threatened to shoot him.

Viktor Andrusiv, an adviser to the head of Ukraine’s interior ministry, said: “A few days ago Misha called us. We passed the information to the military intelligence. They marked the place and he arrived. The drone checked that he was alone.”

Earlier on Sunday, Liz Truss warned the Russian President that sanctions will remain in place until Russia fully withdraws its troops from Ukraine. The British Foreign Secretary also said Moscow would have to give guarantees there would be no further acts of aggression towards its neighbor It comes as Dmitry Medvedev, a close Putin ally, appeared to contradict his own generals about Russia’s military aims in Ukraine. The deputy head of the Russian Security Council reiterated that Moscow’s key war aim was to “de-nazify” Ukraine – the Kremlin’s code for regime change.