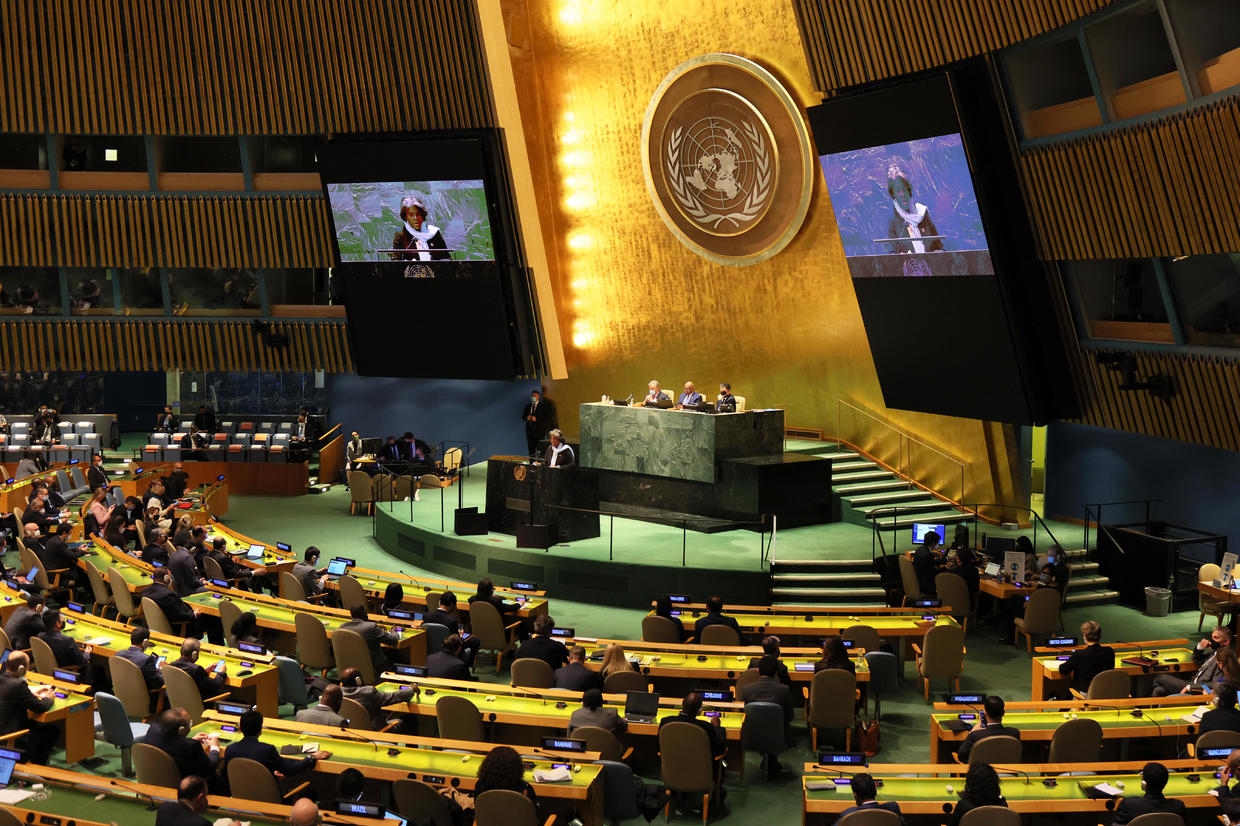 The United Nations General Assembly just overwhelmingly voted to condemn Russia’s invasion of Ukraine. It was a ringing global denunciation by the world against Russia. The vote clearly demonstrated Russia’s isolation. Only a handful of countries sided with Russia
Share:

The United Nations General Assembly just overwhelmingly voted to condemn Russia’s invasion of Ukraine. It was a ringing global denunciation by the world against Russia.

The vote was 141 nations in favor of the move and five nations were against it, with 35 countries abstaining.

As the results were placed on the screen in the chamber, a rare standing ovation occurred.

The result matched the international outpouring of support for Ukraine seen around the world in the past week. Pro-Ukraine demonstrations sprang up in London, Madrid, Milan, Paris, Tokyo, Seoul, Cape Town, and several other cities. During President Biden’s State of the Union address on Tuesday, many lawmakers waved small Ukrainian flags or wore Ukrainian flag pins.

The Cato Institute’s 2020 Human Freedom Index ranks Russia as the 115th freest country on earth. Belarus barely cracks the top 100 at 99th. Syria appears on the list as the 10th least free country in the world. North Korea and Eritrea, both one-party dictatorships, are not ranked at all.

Among the nations that abstained from the vote were Iraq, Iran, India, Pakistan, and China. In early February, China and Russia released a joint statement that, among other things, condemned NATO expansion but did not directly mention Ukraine.

The resolution “also demands that the Russian Federation immediately, completely and unconditionally withdraw all of its military forces from the territory of Ukraine within its internationally recognized borders.”

Before the resolution was put to vote, the Ukrainian Ambassador Sergiy Kyslytsya received a rare applause from the UN General Assembly chamber.

“The message of the General Assembly is loud and clear: End hostilities in Ukraine now. Silence the guns now. Open the door to dialogue and diplomacy now. The territorial integrity and sovereignty of Ukraine must be respected in line with the UN Charter,” he said.

“We don’t have a moment to lose. The brutal effects of the conflict are plain to see. But as bad as the situation is for the people in Ukraine right now, it threatens to get much, much worse. The ticking clock is a time bomb,” he added.