Catholic leaders from Europe, U.S., Canada back call for conference on Lebanon 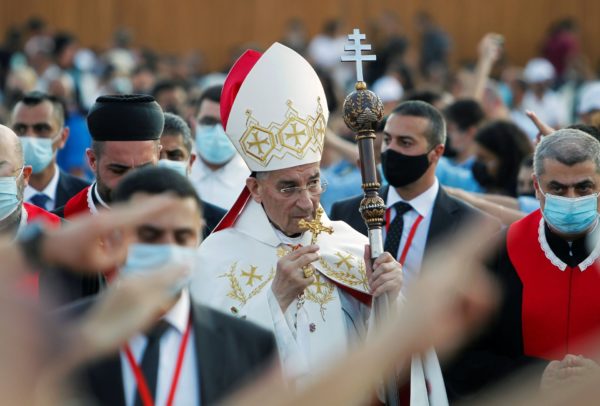 ROME — Catholic leaders from Europe, the United States and Canada called on their governments to support Lebanese Cardinal Bechara Rai’s appeal for an international conference to protect Lebanon.

In a joint statement issued March 1, the leaders said such a conference must find guarantees that uphold Lebanon’s “independence, sovereignty and neutrality”; safeguard Lebanese citizens’ right to free and fair elections; and help establish “good governance, honesty, transparency and accountability in the service of Lebanon’s people.”

Rai, patriarch of the Maronite Catholic Church, repeatedly has called for an international conference to protect Lebanon, and for many Lebanese the past year has been “marked by pain, poverty and despair,” said the bishops.

“We have heard the warning of Pope Francis that ‘Lebanon is in great danger’ and his appeal for us to turn our minds to the ‘unprecedented crisis’ it faces. We support the Holy See’s continued efforts to seek peace in Lebanon,” the bishops said, adding that they prayed the recent visit of the Vatican foreign minister, Archbishop Paul Gallagher, and his calls for dialogue would bear fruit.

“The global community must stand alongside all those working to keep alive the principles that shaped Lebanon’s constitution and helped to end conflict through achievements such as the 1989 Taif Agreement and 2008 Doha Agreement,” the bishops said. The Taif Agreement sought to end Lebanon’s civil war, and the Doha Agreement, signed by rival Lebanese factions in Qatar, marked the end of a year-and-a half political crisis.

Since 2019, the Lebanese currency has devalued by more than 90 percent, and food prices have increased by more than 1,870 percent. Poverty is now a reality for nearly 80 percent of the population, in what was considered a middle-income country. The country’s financial meltdown has been characterized by the World Bank as one of the worst worldwide since the 1850s.

After the August 2020 Beirut port explosions, the Lebanese government resigned, and the country did not get a new government until last September.

The bishops’ joint statement said their nations had a responsibility to provide relief for Lebanese and for the many refugees who have fled to Lebanon from countries such as Syria and Iraq. They expressed gratitude for the humanitarian work of Catholic agencies.

“Above all, we invite the faithful to join us in prayer for Lebanon,” the bishops said. “In the words of the Holy Father: ‘May the night of conflicts recede before a new dawn of hope. May hostilities cease, disagreements fade away, and Lebanon once more radiate the light of peace.’”

The statement was signed by French Bishop Marc Stenger, co-president of Pax Christi International; Lithuanian Bishop Rimantas Norvila representing the Commission of the Bishops’ Conferences of the European Union; and bishops from Germany, France and England. Bishop David J. Malloy of Rockford, Illinois, chairman of the U.S. bishops’ Committee on International Justice and Peace, and Bishop Garry Gordon of Victoria, British Columbia, chairman of the Canadian bishops’ Commission for Justice and Peace, also signed the statement.