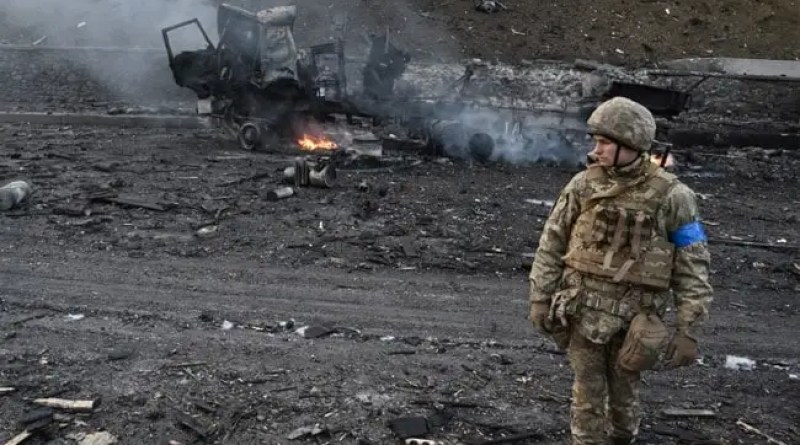 Ukrainian forces have secured full control of Kharkiv on Sunday after street fighting with Russian troops in the country’s second-largest city, the local governor said. “Kharkov is completely under our control,” Oleg Sinegubov, head of the regional administration, told Telegram, adding that the army was driving out Russian forces during a “cleansing” operation.
Share:

Ukraine war: The local governor in Kharkiv said Russian forces were abandoning their vehicles and groups of five were surrendering to the Ukrainian army.

“Kharkiv is fully under our control,” the head of the regional administration, Oleg Sinegubov, said on messaging app Telegram, adding that the army was expelling Russian forces during a “clean-up” operation.

Earlier Sunday he had said that Russian forces’ light vehicles broke into the city, with fighting breaking out in the streets.

An AFP correspondent in the city heard machine gun fire and explosions.

He said Russian forces were abandoning their vehicles “in the middle of the road” and groups of five were surrendering to the Ukrainian army.

“As soon as they see at least one representative of the armed forces, they surrender,” Sinegubov said.

He said that “dozens” of Russian soldiers have already surrendered.

“The captured Russian fighters speak of complete exhaustion and demoralisation, they have no connection with the central command, they do not understand and do not know what they do next,” the Kharkiv governor said.

“Since the beginning of the attack on Ukraine, they have not received food and water,” he added.

“Leaving the positions, Russian fighters are trying to hide among the civilian population, asking people for clothes and food.”