Defiant Zelensky rejects US offer to evacuate: “I need ammunition, not a ride” 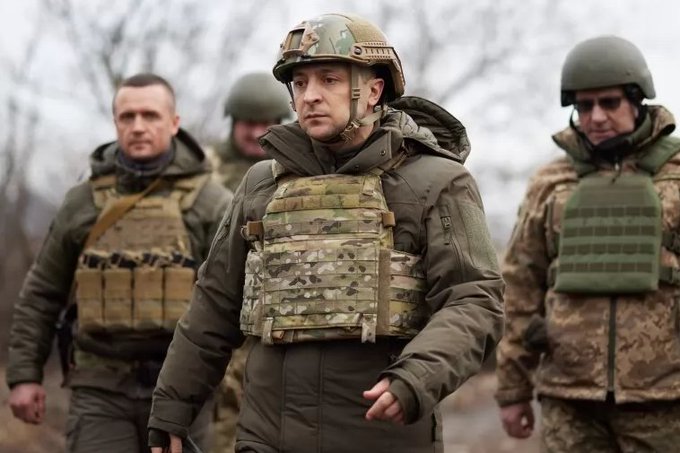 Ukrainian President Volodymyr Zelenskyy, who has shed his tailored suits and is now dressed for battle in hunting gear, has refused to leave Kyiv and has been pleading for Western governments to take tougher measures against Moscow. We need ammunition not a ride he told president Biden
Share:

Ukrainian President Volodymyr Zelensky has turned down an offer from the United States of evacuation from the capital city Kyiv, the Ukraine embassy in Britain said Saturday on Twitter. “The fight is here; I need ammunition, not a ride,” Zelensky told the US, according to the embassy.”Ukrainians are proud of their President,” the tweet adds. In a video posted on Saturday morning entitled “do not believe the fakes,” Zelensky revealed that he is still in Kyiv.

“I am here. We are not putting down arms. We will be defending our country, because our weapon is truth, and our truth is that this is our land, our country, our children, and we will defend all of this,” he said.”That is it. That’s all I wanted to tell you. Glory to Ukraine,” he added.Zelensky remains a “prime target for Russian aggression,” US State Department spokesperson Ned Price said Thursday evening amid Russia’s invasion of Ukraine.

It echoed Zelensky’s own words that his intelligence said he has become a key target.”According to our information, the enemy marked me as target №1, my family – as target №2,” Zelensky said Thursday. “They want to destroy Ukraine politically by destroying the head of state. We have information that enemy sabotage groups have entered Kyiv.”

“Punched in the mouth.”

Heavyweight boxing champion Mike Tyson has an advise to Russia’s former Soviet KGB official , Russian president Vladimir Putin : “Everybody has a plan until they get punched in the mouth.”