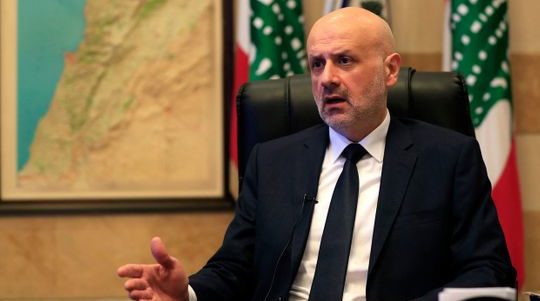 Lebanese Interior Minister Bassam Mawlawi said he asked the authorities to prosecute the organizers of a symposium held by a banned Bahraini group in the capital Beirut, Anadolu Agencyreports.

On Tuesday, Al-Wefaq Society held a symposium in Beirut to mark the anniversary of opposition protests that erupted against the ruling regime in Bahrain in 2011.

In a statement, Mawlawi urged the Public Prosecution “to prosecute the organizers and speakers at the symposium.”

He said the group targeted “the Bahraini authorities in particular and the Gulf countries in general, and did not obtain a prior administrative approval in accordance with legal principles.”

The symposium also contributed to “obstructing the official Lebanese mission to strengthen relations with the Arab Gulf states,” he added.

The interior minister had previously prohibited the symposium from taking place earlier this week in a hotel in Beirut. However, organizers moved on with their plan to hold the event in another hall in the same area.

On December 12, Bahrain announced that it had lodged a “strongly worded” protest with the Lebanese government, saying Beirut was hosting a conference “hostile” to Manama.

A diplomatic crisis erupted in October between Lebanon and a number of Gulf states, including Bahrain, following criticism of the Yemen conflict by then-Information Minister George Kordahi.