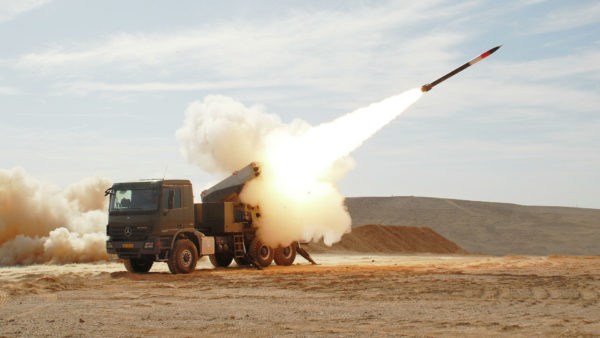 Several surface-to-surface missiles from the Israeli-occupied Golan Heights struck southwest of Damascus late on Wednesday and caused material damage, the Syrian military told local media. No casualties have been reported yet.

The “Israeli enemy” struck near the town of Zakyah at approximately 11:35 pm, military sources told the Syrian news agency SANA. Damascus did not provide any details on the type or number of missiles used.

While Israel Defense Forces (IDF) airplanes frequently fire air-to-ground missiles into Syria, usually from Lebanese airspace, the newest attack is unusual because no jets were used. Israeli warplanes were spotted over Lebanon but launched no missiles this time, according to Syrian media.

Israel has fired surface-to-surface missiles at Syria from Golan just last Wednesday, in a follow-up to an air strike. According to the Russian Defense Ministry, ten such projectiles were launched against Syrian air defenses, killing one soldier and injuring five more. The IDF said they had carried out a strike in retaliation, after a Syrian air defense missile launched to intercept an Israeli airstrike exploded in the skies over Galilee instead.

Tel Aviv has sought to justify its previous air raids by saying they were “defensive” strikes against “Iranian” targets inside Syria. Damascus has rejected this reasoning and accused Israel of repeatedly violating its sovereignty.